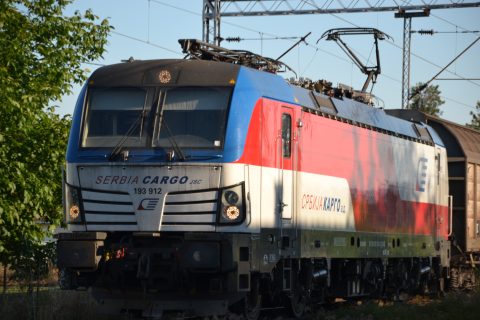 Serbia’s railway network is currently undergoing intensive construction works. So intensive, that it is affecting the rail freight volumes, also on the international corridors. Is it all worth it? To answer this question, we should have a look at what has been promised.

Serbia is an important transit country, connecting Western Europe and South-Eastern Europe. Most important is Corridor X, which runs from Salzburg in Austria to Thessaloniki in Greece, and via a second branch from Budapest in Hungary to Istanbul in Turkey. These two branches form the shape of an X, and the lines intersect in the middle of Serbia. 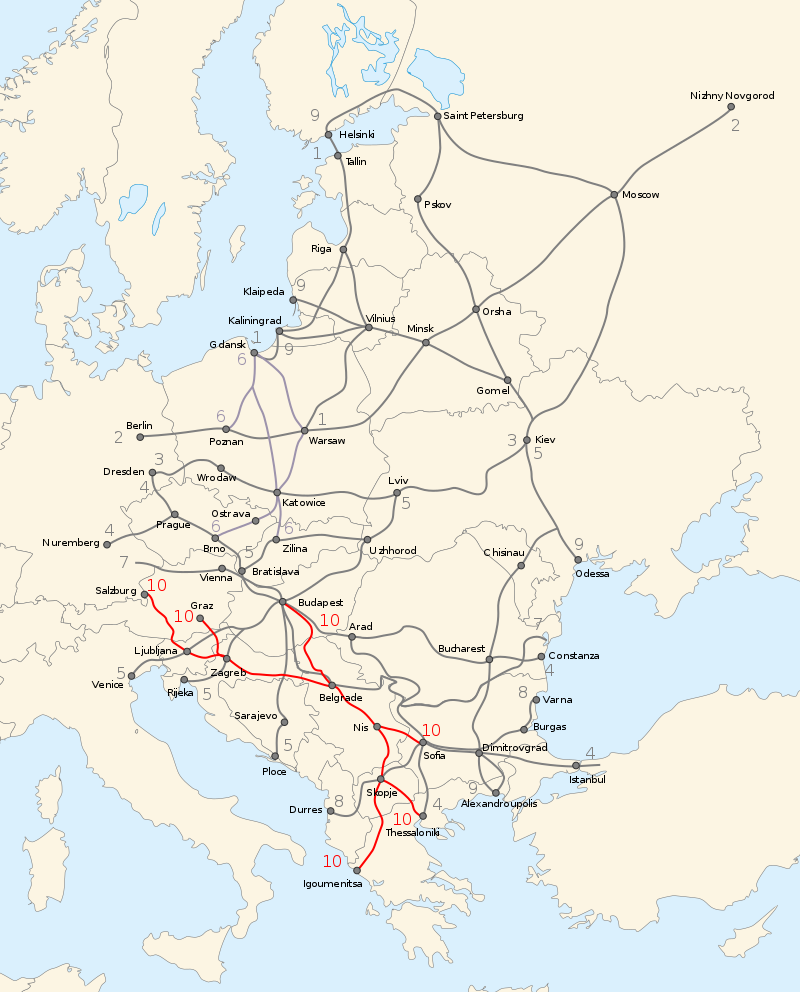 However, Serbia has seen a setback in the number of rail freight volumes. Although in general goods transported in the first half of 2021 noted growth of 37.2 per cent, this was only true for road, waterborne and air transport. The volumes on railways saw a downward trend, according to the Statistical Office of the Republic of Serbia. The reason, according to an unofficial source interviewed, are the construction works.

In October 2021, the Serbian infrastructure manager Infrastruktura Železnice Srbije began with the reconstruction works on the Niš – Brestovac railway line, which is part of Corridor X.

The reconstruction of this section should be completed in June 2023, but it represents only 15 per cent of the railway line Niš-Preševo, which runs to the North Macedonian border. It is unknown when the rest of the line will be reconstructed.

The other branch of corridor X splits in Niš and goes towards Sofia in Bulgaria and further on to Istanbul in Turkey. This branch will also be upgraded and electrified, and the total cost of this reconstruction is estimated to be 268 million euros, which includes 59 million euros for electrification of the railway line.

When the reconstruction is finished, the speed of the line will be upgraded to 120km/h (currently the maximum speed is 100 km /h, but on most parts it is not more than 30 or 50 km/h). Travel time will also be reduced significantly, and the annual freight volume of the line is estimated to increase by 30 per cent to reach 2.2 million tonnes a year.

The axle loads will be also increased to 22,5 tonnes, to the D4 weight category, while currently the loads are maximum 7.2 tonnes (D3 category).

In the northern part of Serbia, the Belgrade-Budapest is currently being rebuilt. The first part between Belgrade and Serbia’s second city Novi Sad will be finished in March 2022. The line will be authorised for speeds up to 200 km/h and also freight trains will be authorised to use the new railway line.

The reconstruction works between Novi Sad and the Serbian/Hungarian border started last year, also on the Hungarian side. Both governments announced that the railway line will be finished in 2025. The loan for these reconstruction works on both sides of the border are from China. Meanwhile, freight traffic will be diverted. The line between Szeged (Hungary) and Subotica (Serbia) is currently being rebuilt fast and the aim is to be opened for traffic at the end of this year.

The central part of corridor X

The part where corridor X main branches join, the part between Belgrade and Niš, will not be renovated with Chinese financing, but with EU money. As one European Commission official put it, ‘it is in the EU’s key interest to pursue its enlargement policy more effectively’, and in this, the construction of critical infrastructure is central to the Western Balkans.

It is not known when reconstruction will start and when it will be finished. A lot of work needs to be done as the current travel time between Belgrade and Niš is 5,5 hours and the railway infrastructure is in a very bad state.

Meanwhile, Serbia Cargo, the rail freight company of Serbia, has reported a significant decline in the freight volumes.

In 2019 Serbia Cargo bought 16 new Vectron locomotives from Siemens, which can run at a speed of 160 km/h, are equipped with ECTS and are allowed in several countries around Serbia. They are even allowed in Germany and Austria, but it seems these locomotives will have to wait a couple of years before they can be used at full capacity.