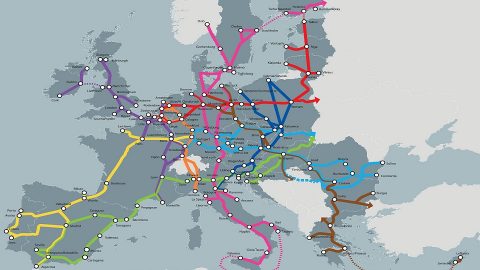 The European Commission shared some interesting updates concerning the work plans of nine TEN-T corridors. Corridors of the TEN-T network are expected to be fully developed until 2030. Consequently, the updates are aiming to guide the upgrading process and ensure their punctual completion, according to the original scheduling.

The updates mentioned above constitute the fourth edition of the corridors’ work plans so far. According to the European Commission, they are essential in terms of reflecting on and reviewing the procedures of the TEN-T regulation. As a result, the possible changes are a needed development towards the facilitation of the network’s completion.

Responsible for the formation of the updated plans are the respective European Coordinators. Additionally, all the plans are approved by the concerned Member States. What remains now is to see the proposed infrastructure improvements get implemented. Moreover, it is also interesting whether the changes will attract more investments in transport infrastructure since the European Commission claims that the updates set the right framework for that.