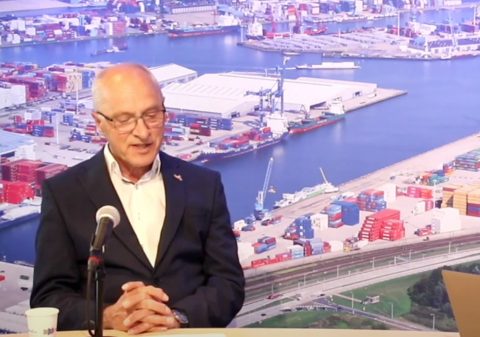 In many cases, new developments in the international rail sector only come about once Germany has got involved, says rail expert Ad Toet. The announcement of an enormous investment in the German rail infrastructure, and Germany’s upcoming presidency of the Council of the European Union, mean that expectations for Europe’s railways are high.

In the next ten years, Deutsche Bahn is going to invest 86 billion euro’s in the modernisation of its rail infrastructure. The German plans align perfectly within the global movement towards moving more people and goods on the railways. European countries see the railway as the only way to reach climate targets and reduce congestion on the roads.

Germany has made the first big step, but what does the European railway need in terms of digitalisation? What does the German investment mean for international cross-border train connections? These questions will be tackled at the RailTech Infra Forum online conference on 17 and 18 June. As part of preparations for this conference, a webinar was held on modernisation of rail infrastructure last Friday, 17 April.

One of the speakers was Ad Toet, now strategic advisor at Sequal Work, but primarily known as the former director of sector organisation Royal Dutch Transport (Koninklijk Nederlands Vervoer) and in his advisory role at CER. Toet shone a spotlight on the role of Germany in the world of international rail. As an example of Germany taking a pioneering role, he named the liberalisation of rail freight transport: allowing competition and splitting infrastructure management and rail freight operators. 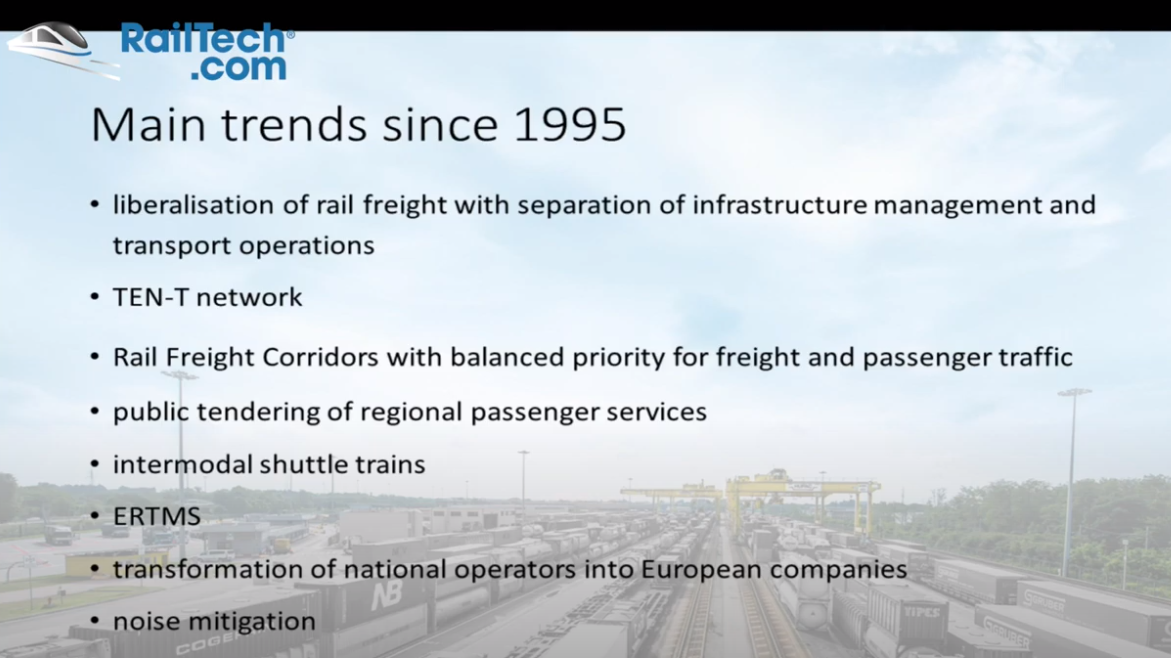 Further examples include the establishment of the TEN-T, rail freight corridors with a weighted priority for freight and passenger transport, public tendering processes for regional passenger services, intermodal shuttle trains and ERTMS, the transformation of Germany’s own national railway operator into a European business, noise reduction, and a master plan to reduce track access charges for freight trains and to modernise the operational model.

“In hindsight, these have been the most important developments in the last twenty years. The Germans have often hesitated for a long time when taking decisions about these developments. They were sometimes not the first to actually implement them, as they were aware of the disadvantages and costs. The experiments were often carried in other European member states”, explained Toet in his presentation.

Yet Toet does not see a very rosy future for the European rail sector as a whole. “Despite the decades-long policy of modal shift towards rail, the sector has struggled to hold on to its market share. Though combined freight has developed well, this has only just compensated for the losses in tonnage in other market segments.”

Nevertheless, Toet is looking forward to seeing what will be achieved in the rail sector when Germany assumes the EU presidency. “How are member states going to support the rail sector, or how should they? What will it say in a declaration, which will hopefully emerge under the German presidency of the EU?” Whatever happens, Toet expects that there will be new momentum for the European Green Deal, that work on interoperability will be continued, and that there will be greater focus on digitalisation of the network, ATO and data-sharing among rail network users. 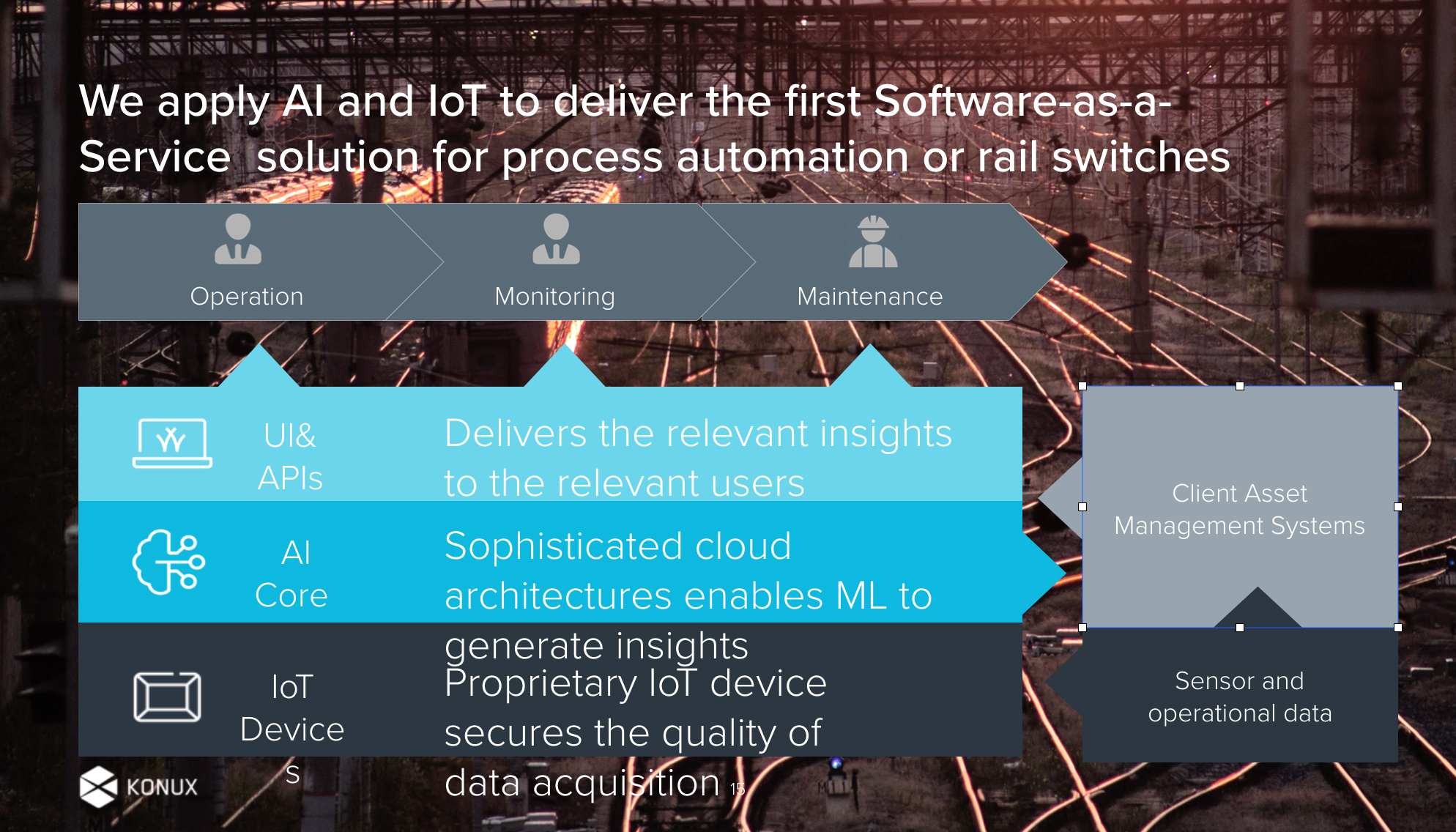 Furthermore, there will be renewed attention for TEN-T, and greater priority given to the roll out of ERTMS, with more focus on the financing of investments by both rail infrastructure managers and operators. And for the first time there will be attention for employment policy in the rail sector and international passenger trains as an alternative to short-haul flights.

To consider what digitalisation could look like, IT company Konux delivered a presentation on the possibilities for digital monitoring of the rail infrastructure using artificial intelligence and the IoT. Konux was set up in 2014 as a start-up and now counts large rail companies including Deutsche Bahn, SNCF and Infrabel among its customers. According to Konux’s Senior Product Manager Christian Benk, in particular Deutsche Bahn sees the necessity of quickly expanding predictive maintenance. “It makes enormous improvements to the reliability of the network”, says Rolf Härdi, Head of Innovation at DB.

Benk underlined once more that the switches are the most difficult element of rail infrastructure. “Switches cause 20 per cent of infrastructure-related delays on the network. Every year, over 12 billion euros is spent on switch maintenance and replacement, which is reason enough to want to know exactly what state the switches are in, and to prevent defects on time. With our systems you can also review the extent to which repairs and maintenance have been effective.”

Konux has developed an SaaS (Software as a Service) solution for switches which integrates and automates control, monitoring and maintenance. The system uses artificial intelligence to analyse the data that is collected by IoT sensors in the track. The relevant information is then sent out to the relevant users via an API.]

“Our system predicts how the condition of the track is going to develop, and sends out messages when action needs to be taken. Based on machine learning, a 90-day outlook can be provided with an average accuracy of 90 per cent. The system can also review the extent to which maintenance that has already been done has been effective. Currently you can only hope that maintenance works such as with the tamping machine work as expected.” Based on the results of Konux’s 2019 customer survey, Benk concludes that, in practice, 10 per cent of switch maintenance is ineffective.

Benk believes that the speed of digitalisation in the rail sector could be higher, but he is also aware that innovation takes time. “Almost every party in the sector is working on digitalisation, and the need for it is gradually sinking in, also in Germany. At Deutsche Bahn there is a lot of focus on digital solutions. I am not at liberty to say precisely what we are doing for different parties in Europe, but what I can say is that a number of infrastructure managers are using our technology in their everyday operations, and so not only in a test environment.”

As Ad Toet outlined, ERTMS will play an important role in the modernisation and digitalisation of the European rail network. Michiel Veltman, Senior Consultant at Royal HaskoningDHV, then discussed how new digital systems can be safely tested. “ERTMS is mainly seen as a signalling system, but with the data that you collect with it you can of course do much more. The question is if it sensible to use this data to experiment in the field. By making a digital copy of both the infrastructure and the train you can test an infinite number of possibilities without hindering the actual train traffic or posing a safety risk.” 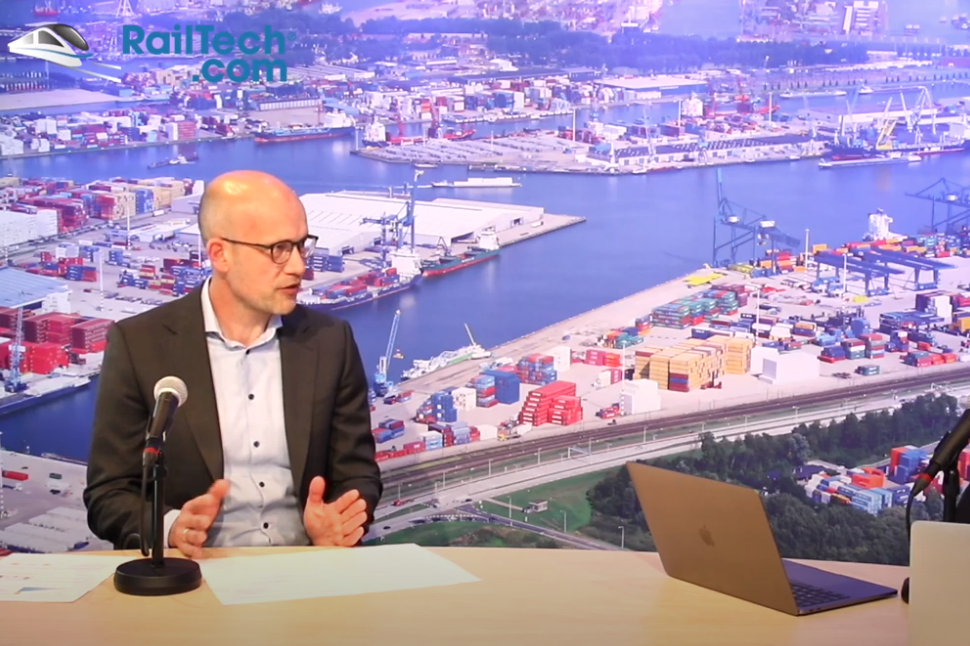 A digital twin must resemble the real situation as much as possible, explains Veltman. By adding new elements to this twin you can build a potential future situation and then test how it works. “The advantage of digitalisation is that it’s easier to simulate a situation based on parameters from the situation in reality.”

Royal HaskoningDHV has already built a digital twin of various parts of the track. It is also using digital twins to collect ERTMS data for consultancy purposes. “Of course, as it takes a lot of work, you don’t build something like this for a single use, but to meet a number of objectives. That’s also one of the advantages.”

Click here for more information about the programme for the digital conference and the speakers on the RailTech Infra Forum website.