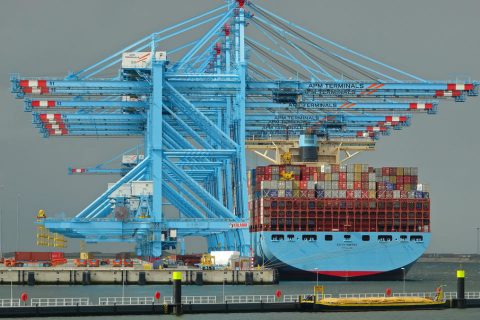 A new container shuttle service between Maasvlakte 2, an extension of the Port of Rotterdam and Cabooter Railcargo Terminal in Venlo will be launched on 19 March. The service is an initiative of logistics companies MTHODE and Trimodal, in order to alleviate the increasinlgy congested terminal in Rotterdam and decrease the consequent long queues for transhipment of cargo per train.

Last month, shippers in the wider area of Venlo complained of a lack of terminal slots at Maasvlakte 2. Congestion had resulted in significant delays for the transport of containers to the port per train. Accordingly, shippers sometimes had to wait for fourteen days. As a result, they considered shifting freight operations to the road.

The dedicated container shuttle will move three times a week between the Cabooter Railcargo Terminal in Venlo and the APM2 terminal at Maasvlakte 2, facilitated by Rotterdam Rail Feeding. The shuttle was an initiative of Thom Derks, Director of MTHODE, who gathered the parties to see how the problem could be solved. Serving the freight industry, he said he could not believe that a dedicated shuttle could not be launched in the largest port of Europe.

According to Cabooter Railcargo Group, the shuttle willl take 400 trucks off the road per week, with the potential to initiate a modal shift of 800 trucks. As such, the shuttle strenthens the position of the Port of Rotterdam as a hinterland connection with Venlo, the company said.

Congestion has been a problem for the Port of Rotterdam at large. Last year itnessed an alltime high, with many shippers facing signifant delays in the transshipment of their freight, either by rail or barge. According the media reports, the terminal, barge and shippers all pointed towards each other as the culprit and a real solution has not been found.