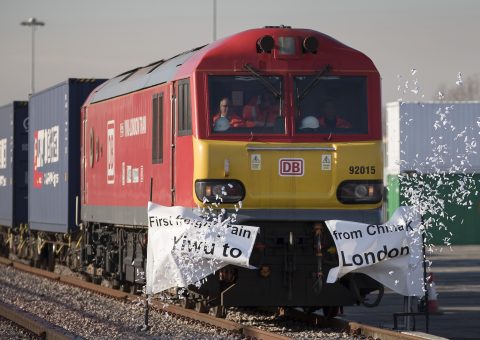 DB Cargo has stepped up its role in the New Silk Road revolution by increasing its share in the Trans-Eurasia Logistics (TEL) German/Russia partnership.

The company was one of the first European freight operators to embrace the launch of Asia-Europe container trains in 2011, and upping its share in this intermodal alliance to 60 per cent is a major boost to its position in the transcontinental rail freight market.

Raimund Stüer, Head of Sales, added: “I believe that doubling traffic in the next two to three years is very much within the realm of possibility,” He highlighted rising demand from various segments such as the automotive industry as a driver for progress.

“Journey times on the historic route are between 14 and 18 days, and this is turning the land connection into a competitive alternative to slower ocean freight and more expensive air freight.”

From the outset, DB Cargo has been handling transports on the 10,000 to 13,000-kilometre-long route (depending on the departure and destination stations) with the specialists at TEL. In 2006, DB Cargo’s parent company Deutsche Bahn and the Russian state railway RZD laid the groundwork for the new jointly owned company to advance rail freight transport between Europe and Asia.

TEL began operation in 2008 and dispatched its first container train in October of that year. The service took 17 days for the journey from Xiangtan to Hamburg.