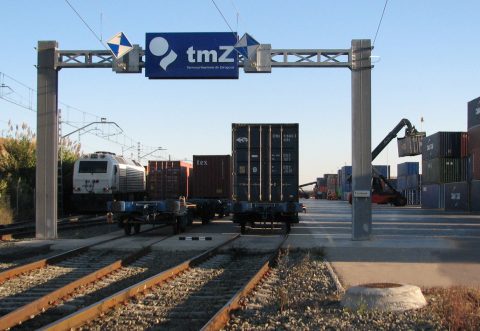 There is one weekly service for consolidated merchandise and one daily service for complete containers. The traffic takes 26 days between these two cities and DSV wants to reduce the transit time in the coming months. The service carries mainly manufactured goods for Spanish factories close to Zaragoza, such as General Motors (currently a PSA subsidiary) and BSH in Aragon region, Mercedes in the Basque country, Volkswagen in Navarre and Ford in Valencia.

Zaragoza plays a key logistics role for the Spanish manufacturing hub in the northern (Basque and Navarre) and  eastern (Valencia and Catalonia) regions. DSV has several train services between northern Europe and China and it will link these services with Zaragoza. The first container between China and the Spanish city departed on November 23 and arrived on December 18.

Zaragoza is in the region of Aragon and although it is not on the coast, its intermodal logistics centre is named as a sea terminal because it was designed to connect the Catalan and Valencian coasts with the northern ones and Madrid via train. It also has customs offices to help avoid unnecessary delays.