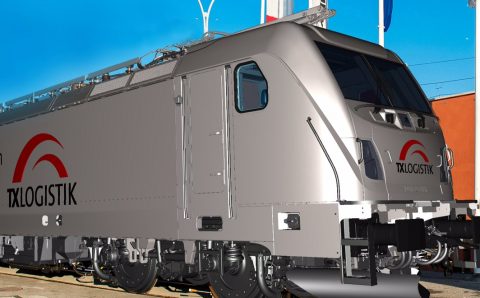 Germany-based TX Logistik has signed a contract with Bombardier for the supply of 40 TRAXX MS3 locomotives. Under the deal, delivery of the locomotives will start in the summer of 2019.

It includes a 15-year preventive and corrective fleet maintenance agreement, ensuring that TX Logistik, which is 100 per cent owned by the Italian Ferrovie dello Stato Group, receives high-quality reliability and availability. It also gives the option for up to 25 more locomotives.

Mirko Pahl, CEO of TX Logistik, said: “The TRAXX MS3 locomotive will be homologated from the beginning for operation on our main operating lines, namely the Germany-Italy corridor but also the Swiss networks. This will offuer us a high degree of operational flexibility throughout Europe – which is particularly important for us as a Europe-wide company. This innovative locomotives enables us to offer our customers an effective cross-border transport solution while optimizing our costs.”

This latest order is also part of TX Logistik’s long-term strategy, explained Chief Operating Officer Albert Bastius. “It enables us to offer flexible and cost-optimized solutions to our customers,” he said. “The high traction effort, the comparably low energy consumption and the high availability play an important role regarding the costs. The new TRAXX MS3 locomotives increases our Bombardier fleet by a multi-system locomotive with an innovative, modular design, which can be easily configured for different countries.” The key benefit, added Bastius, was a drastic reduction in locomotive changes and more trains on time.

TX Logistik is one of one of Europe’s leaders in freight rail transport. It has operated on the German and European railway market since 1999, in particular on North-South axis, offering cross-border rail services with its networks in Austria, Switzerland, Denmark, Sweden, Norway, and Italy.

It has also just launched a new service between Italy and northern Europe. It will operate via both the Gotthard and Lötschberg corridors, serving the German, Belgian and Dutch markets. Phase one will see around 40 trains a week linking Pomezia, Melzo, and Milan Smistamento terminals with Mannheim and Duisburg in Germany, Liegi in Belgium, and Venlo in The Netherlands.