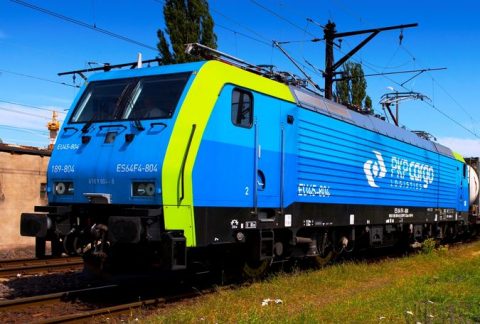 Polskie Linie Kolejowe (PKP PLK), the Polish national rail infrastructure manager, wants to improve the competitiveness of its railways in eastbound transports, and is carrying out modernisation of tracks on the border crossing with Ukraine. These will ultimately cover several crossings between Poland and Ukraine & Poland and Belarus.

This large investment programme covers a total of eight border crossings with Belarus and Ukraine. Work is currently being done in Terespol on the Polish-Belarussian Border, and in Medyka on the border with Ukraine. As previously reported, the Terespol crossing marks the switch from the European gauge to a Russian gauge track.

The Medyka – Mostyska railway border crossing, which is located near to Przemyśl and is less than 100 kilometres from Lviv, is equally signficant to freight and passenger traffic. Mirosław Siemieniec, Spokesman for PKP PLK, told RailFreight: “The investment will enable faster handling of longer and heavier freight trains on an important European transport corridor Germany – Poland – Ukraine.”  The cost of the work is around 41.5 million PLN (around 10 million Euros).

This will see some 12 kilometres of track replaced (less than one kilometre of European-gauge and 11 kilometres of Eastern-gauge), including tracks leading to the Żurawica fuel filler near to the state border. “In addition, the project envisages the extension of two tracks on the Medyka station up to 1050 m. This will allow entry of longer trains from Ukraine and quicker clearance of trains”, added Siemieniec.

Next part of works will start in 2022

Works are scheduled to end in 2019, but the infrastructure manager says the investment will be continued between 2022 and 2023. PKP PLK will renovate then seven sections leading to the transshipment terminals, at a cost of around 91 million PLN (21 million Euros).

“The number of trains passing through this border crossing point is comparable over the last few years and is on average over 150 trains a month”, added Siemieniec. “Improvement of infrastructure, increase of line capacity and fluidity of train traffic are the main effects of our investment. This will enhance the efficiency of rail transport as competitive to road transport.”