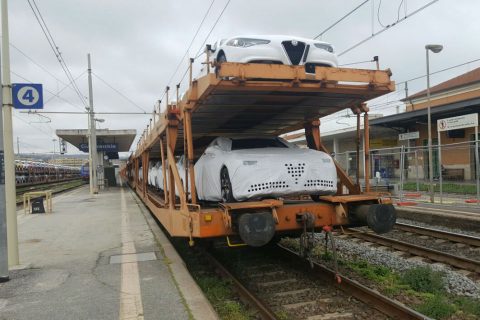 The Italian association Cofindustria has raised the alarm about the blockade of rail freight services between Genoa and Rotterdam, as export activity is expected to push strongly in September. Representing the interests of the manufacturing industry, it has requested an urgent meeting with the Italian government and other stakeholders in order to find alternative solutions until repair works are completed.

On the 12th of August, water and soil penetrated part of the new Rastatt tunnel in Germany. As a result, the ground subsided and the railway tracks above the tunnel warped, causing a blockade on the important north-south corridor through Europe. Repair works are scheduled for completion on the 7th of October.

Italian export activity is not very strong in August and therefore, the incident has not affected exports to Germany and the Benelux excessively. However, the Italian government, manufacturers and intermodal carriers are “extremely worried” because export activity is expected to push more strongly in September, said Cofindustria.

The association estimates that the Italian export industry needs 20,000 trucks weekly to compensate for the lack of train services. Italian manufacturers are concerned about possible economic losses due to an increase in transport fees, delays and a lack of capability to meet supply commitments to northern European clients.

The railway connection is key for Italy’s competitiveness. Seventy per cent of its export crosses Central Europe, either to serve northern European clients or to use the Port of Rotterdam. Intermodal services, which combine the transport of freight over rail and by truck, are essential to avoid bottlenecks on Italian, Swiss and German motorways.

like stated a railfreight corridor can be easily achieved by taking the belgian luxemburg french corridor with sufficient locos and capacity; loc drivers should also be hired easily for this corridor; it was never practicable to have only one waywith no other capacity seen.