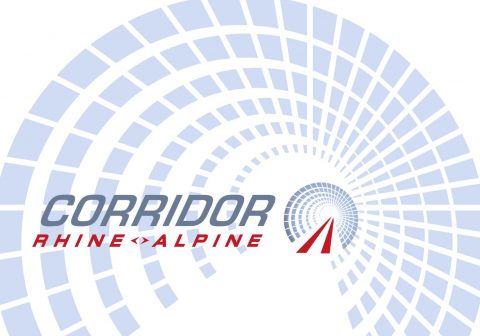 Longer freight trains could be operating on the vital Rhine-Alpine rail freight corridor by 2021, building on the ‘booming success’ of the route which saw nearly 170,000 international freight trains operate in 2016, European ministers have heard.

The International Transport Forum (ITF) in Leipzig saw European transport ministers from The Netherlands, Italy, Switzerland, Belgium and Germany discuss the Rhine-Alpine corridor, which links the strategic ports of Rotterdam and Genoa via Switzerland and the major economic centres of Germany’s Rhein-Ruhr and Rhein-Main-Neckar regions.

Together with European Commission transport representatives and rail stakeholders, ministers pledged to build on the success of the route, which is already benefiting from the new Gotthard rail tunnel linking Switzerland and Italy, and further increase its appeal as the preferred mode of transport for freight customers.

As well as closer cross-border working, ministers emphasised the importance of all stakeholders in ensuring that paths and capacities are taken full advantage of and used in the best possible way, while exploring opportunities for increased interoperability.

Despite rail freight facing fierce competition from road and water in recent years, rail freight’s market share of the logistics corridor between the North Sea ports via Switzerland to Italy has risen by 6.8 per cent, whereas road transport has fallen by 3.4 per cent, according to the Dutch Ministry of Infrastructure and the Environment.

Dutch Transport Secretary Sharon Dijksma said: “The growth in rail freight transport is important for the sector, and consequently for our economy. In addition, it offers huge environmental gains, as an average train carries 52 times more goods than a lorry, yet generates up to 80 per cent less greenhouse gas emissions. That is why I will continue to do everything I can to make rail transport as attractive as possible to carriers and shippers.”

One of the key drivers for expanding capacity on the route will be the introduction of introduction of longer trains, and the Leipzig summit saw ministers discuss the possibility for having the first 740-metre trains, which are more than 200 metres longer than current trains, operate on the Rotterdam-Genoa route by 2021.

The ITF forum was designed to build on the Rotterdam Declaration of 2016, held as part of the The Netherlands’ EU Presidency. European ministers then agreed on a series of measures aimed at increasing the appeal of rail transport, including improvements in how information is shared between carriers, shippers and infrastructure managers.

There have been significant investments across the sector in the past year, such as on-board ‘track and trace’ facilities that are now so important to customers. Studies are also examining how information on expected arrival times can be better shared between trains, terminals and infrastructure managers as early as possible.

The Rhine-Alpine Rail Freight Corridor (RFC) is one of the nine strategic European rail freight corridors, providing a network of opportunities for rail freight stakeholders and customers all over Europe. A mixture of public and private enterprise, the corridors’ core aims are to remove capacity bottlenecks, build missing cross-border connections and promote modal integration and interoperability.

Minister Dijksma also used the forum to make the case for noise-reducing technology to improve the quality of life for those in The Netherlands living near rail lines and affected by noisy freight trains. One area being looked at is the conversion of brake pads on trains, which will contribute to achieving the goal of having 80 per cent of rail transport carried out by ‘quiet trains’ by 2020.

The issue of noisy freight trains is high on the agenda at the moment, with the International Union of Railways (UIC) just one of the key stakeholders working tackling the problem. It is holding its annual Noise Workshop in November, while many operators and manufacturers are also working on noise-reducing technology to enable the ‘retrofitting’ of existing rolling stock.