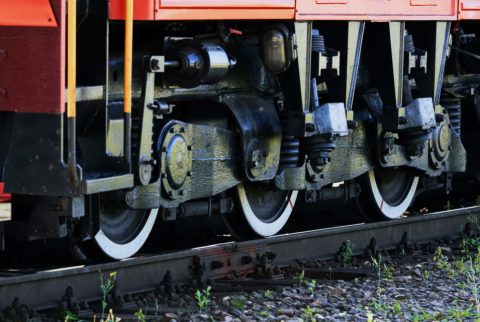 The recently appointed Latvian transport minister Jānis Vitenbergs is putting rail freight on the top of his agenda. Boosting cargo transport is among his priorities, and he is willing to restructure Latvian Railways to meet his objectives.

Vitenbergs started in the position on 14 December 2022, claiming that he inherited many problems from his predecessor.

“I’m not happy with the company’s position. […] I am surprised this company has sat around for years, not doing anything to diversify the market. The situation with Russia was difficult for a long time, even before it invaded Ukraine. The lack of alternatives to the Russian market shows negligence from the company’s management,” stated Vitenbergs to the Baltic News Network.

He added that LDz competitors have managed to deal with existing challenges more successfully, making him question the model under which LDz operates. That is why Vitenbergs stated on Latvian television that he does not exclude a restructuring scenario of the Latvian Railways and its subsidiaries. “The main aim is to make this company modern, able to compete in modern conditions,” said Vitenbergs in an interview with Latvian public television.

Vitenbergs explained that LDz should start from the basics and explore the potential of the Baltic markets instead of taking bigger but unsure steps. “The Baltic rail freight market is still insufficiently exploited,” he stated. In this context, for instance, LDz Cargo launched a service in Estonia last week, and the company expects to launch more such regional rail freight services.

Indeed, the rail freight and intermodal markets in the Baltic states could enjoy a larger share of the transport pie. It is already known that most cargo coming from Central and Western Europe to the region arrives on trucks. The same applies to domestic traffic.

In Latvia alone, out of the 60 million tonnes of cargo transported yearly, only two to three million tonnes travel by rail. “It’s a huge difference,” said Vitenbergs adding that “the local market, the Baltic market, is where we should move more cargo to rail to avoid road congestion.”

Reconstruction, reinvestment, any investment, safe and sustainable, shall provide for upgrading!
(All other devices, those resilient, upgrade for added load – and lower costs…)
Regrettfully TEN-T, as stuck at a primitive track standard (a low price, but a high cost) is obstructing.
Added capacity and added utilisation of existing, multimodal transport systems, etc., etc., all now call for a railway proving robust, thus, in all respects. resilient and redundant!
A New Old Railway is needed!