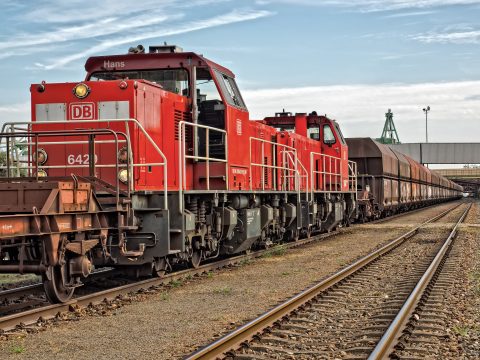 The Supervisory Board of Deutsche Bahn (DB) will consider next week whether subsidiary DB Schenker will be put up for sale. Whether it will be sold for the aforementioned top price of 20 billion euros remains to be seen, given the turn of the economic tide.

German analysts with knowledge of DB Schenker agree that the stubborn opposition to a sale that has long dominated DB’s board and top management has disappeared and that a decision in principle on the sale is now imminent. This is mainly due to the assurance of the German government, owner of DB, that the proceeds of a sale will no longer disappear into the general fund, but will remain within the rail company itself to improve the German rail network. That makes a sale more digestible, according to the various analyses.

It is therefore expected that the forthcoming meeting of the council will result in a binding order for the DB management to initiate a sale. In what form that will happen is still unclear, but an IPO is more or less ruled out by analysts. Not only is the current stock market climate too unfortunate for that, DB Schenker also lacks the organisational and legal instruments to set this in motion in the short term. Sale to wealthy investors or a strategic party now seems the most likely scenario. The Danish forwarding agent DSV has already reported itself as a potential buyer in Berlin.

The political pressure from the German government, led by liberal minister Volker Wissing (traffic), on the council to agree to a sale of the forwarding company is great. His FDP has been calling for years that a private party like DB Schenker has no place in a state-owned company like DB and in fact only serves to compensate for the huge losses of sister company DB Cargo.

With the sale of DB Schenker, the government hopes to cash in the main price, previously mentioned at 20 billion euros. Analysts expect that such a huge amount is no longer feasible given the deteriorating economic climate, but they do point out that Schenker, as the last remaining major European freight forwarder, remains an interesting buy. Other big companies, such as DSV, K+N and DHL, are a size too big or too complex.

In addition, the acquisition of DB Schenker would be value for money. The company delivered a resounding EBIT result of 1.2 billion euros last year and this year that amount will be even higher, according to the management.

1 comment op “Sale of DB Schenker in sight, but what is the price?”

Good question!
In fact, now paying, for DB infrastructure costs, etc., when sold, someone else has to…
Now standard, elsewhere in “Union”, deficit is covered by taxpayers, and even worse, by “earmarked” extras, upon clients of service rendered by single, high quality, available device (as at DB, by DB Schenker)…
Indeed, what is price (but the total…), for a currently, not sustainable, but a high cost railway infrastructure, amplified as a now devastating logistic cost, all over “Union”?