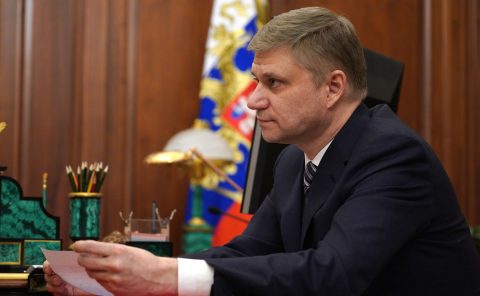 Predictions about a total shortage of containers, a complete closure of borders and the freezing of mutual settlements did not come true. But, there are some serious challenges on the way, summarised the head of Russian Railways, Oleg Belozerov, about the situation on the railway network of the country this year.

Belozerov spoke at the 31st Plenary meeting of the Coordinating Council for Trans-Eurasian Transportation (CCTT), that was held on 22 and 23 November this week. During his presentation, he pointed out the main challenges faced.

“We need to be realistic and recognise the existence of a number of serious difficulties – with mutual settlements, insurance, imbalance in cargo flows, difficulties for transit due to the growth of export-import traffic, and, of course, sanction restrictions. However, by today, either solutions are already in place or solutions are being developed to minimise the negative consequences”, he emphasised.

One of the solutions to be implemented is a change in the tariffs. Although the details have not yet been announced, the Russian Railways chief said that in order to attract cargo flows in certain directions, the company is “making decisions to change the base rates of the CIS tariff policy”.

It is not the first time that Russia has done this. Last year, subsidies were introduced for traffic to and from the Far East ports to boost traffic in this direction. This resulted in a significant increase in the share of volumes handled in ports as Vladivostok.

Also this year, the Far East is an area of focus for Russian Railways. “All methods are being used to increase the volume of export of goods to the east: double container trains are being formed, the number of heavy trains is increasing, etc.”, said Belozerov.

The focus on the east is a direct result of the drop in volumes towards the west. Russian Railways increased eastbound freight traffic by 2 per cent since the beginning of 2022, according to Alexei Shilo, the company’s deputy head. Transportation of export cargo in containers to the Far East has grown by more than a third since the beginning of the year.

There is a shortage of containers due to the imbalance of east- and westbound flows. However, efficient use of the existing infrastructure is a must, Shilo said. Belozerov spoke of the importance of developing common approaches and guidelines for interoperability of electronic data, so that countries with different levels of railway and customs digitalisation can transfer data in a specific format with minimal investment in digital infrastructure.

“The high degree of electrification of Russian Railways infrastructure provides one of the lowest levels of specific greenhouse gas emissions. We plan to put gas-engine locomotives into operation, use rolling stock with a hybrid power plant and hydrogen fuel cells”, he said.

Russian Railways has lost a rough 10 per cent of its cargo volumes since the start of the war. The volume of cargo transportation on the Russian railway network collapsed by 125 million tons, Belozerov, head of the company, was quoted as saying by the Moscow Times earlier this month.

Since the beginning of the year, the Russian government has injected more than 300 billion rubles into the company’s capital. By the end of the year, Russian Railways is planning to raise capital by another 217 billion rubles, Russian Transport Minister Vitaly Savelyev announced on November 10 according to the Moscow Times.