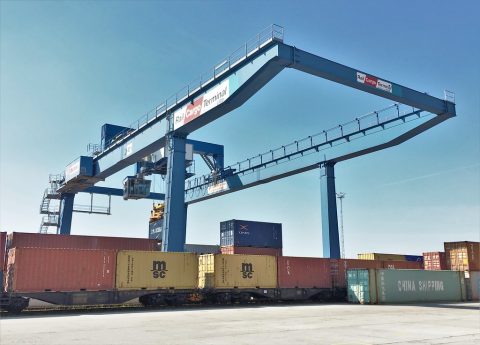 The UIRR Sentiment Index reflecting business sentiment for the coming year 12-months has been adjusted a notch down for the second quarter in a row: the index currently stands at ‘slightly negative’. The conditions for 2023 are made uncertain by the price increase of diesel and electricity, coupled with capacity constraints on the network.

The UIRR Sentiment Index is a compilation of the perception of senior decision-makers of combined transport companies about their expected business outlook for the 12 month period ahead. It is compiled by the International Union for Road-Rail Combined Transport (UIRR) based on data among its members.

While the price of diesel that powers long-distance trucks grew by 70 per cent since February, traction electricity became 300-1000 per cent more expensive – depending on the country. Additional difficulties will come from contingencies caused by infrastructure works, which remain a threat, the summarises. “The train-paths needed by intermodal freight trains in 2023 have not yet all been guaranteed by infrastructure managers.”

To overcome such issues, the industry has proposed some short-term measures such as regulated traction electricity price, the extension of the RNE Contingency Management Handbook to cover works-related disturbances, and a transfer of train paths from low-utilisation PSO trains to fully laden intermodal freight trains.

In the long run, these challenges should be resolved with the Greening Freight Package, to be forthcoming in April 2023. The package will consist of the Combined Transport and the Weights and Dimensions directives, the new CountEmissions regulation and a comprehensive proposal on rail infrastructure capacity, the UIRR explains. “The European Combined Transport sector applauds the much overdue reform of freight transportation’s regulatory framework.”

Combined Transport in Europe grew by 2,64 per cent in the third quarter of 2022 compared to the same period a year earlier. Although this is considered a positive development, it also indicates a clear slowdown of the growth rate.

“The modest growth was possible despite the works-related disturbances on the rail infrastructure resulting in a large number of train cancellations, which were partially counterbalanced by a near-full capacity utilisation of the trains that were allowed to operate. The reliability of port hinterland services was adversely affected by disturbances in maritime transport”, the UIRR said.