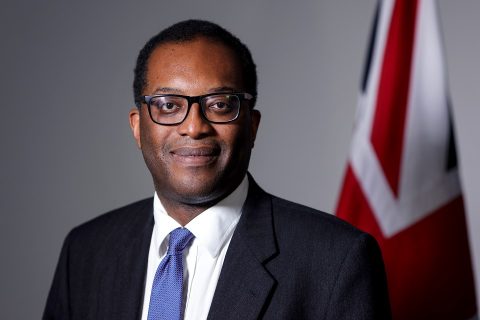 On Friday 23 September, the newly appointed chancellor Kwasi Kwarteng presented in the House of Commons the Growth Plan. The plan made precious little direct mention of the railway industry, but offered many pointers towards future growth opportunities.

The Growth Plan 2022, popularly known as the mini-budget, delivered much more than a miniature stimulus to the UK economy. A direct commitment to accelerate a list of infrastructure projects made ten references to rail, all of which are already on the government’s books. However, it is the wider economic growth plans, including freeports and construction projects, that offer the rail freight sector cause for optimism.

Music to the ears of the rail freight sector

“An essential foundation of growth is infrastructure”, said the chancellor in his speech. “The railways, and networks that carry people, goods, and information all over our country. We will streamline a whole host of assessments, appraisals, consultations, [and] we will also review the government’s business case process to speed up decision making.”

That all sounds like good new for rail freight planning. Anything that simplifies the process of putting through new rail infrastructure is music to the ears of the sector. Freight terminal development does tend to attract more than its fair share of opposition. However the projects proposed for acceleration all have a passenger or, at best, a mixed traffic agenda.

After a rather environmentally unfriendly eighty-six road schemes, there are ten rail projects, all contributing to the government’s net-zero carbon agenda. Station developments in Cambridgeshire and Yorkshire feature, along with existing major rail projects, including East West Rail and improvements to the Midland Main Line.

Other projects with a definite mixed-traffic use, include a reappraised Northern Powerhouse Rail project and the enhanced Transpennine Route Upgrade, which was meant to replace it. There are also complimentary improvements to the network around Greater Manchester. The recently approved Northumberland Line project also features, where that freight-only line in the north east of England is being upgraded to mixed traffic.

No actually new projects have been included in the list, but the inclusion of Northern Powerhouse Rail has already led to speculation. Politicians have been asked if the high-speed line project, connecting ports and cities across northern England and sometimes called “HS3”, is back on the agenda. Andrew Stephenson, the member of parliament with responsibility for the government’s ‘levelling up’ economic agenda, alluded to as much in a radio broadcast over the past weekend.

Confirmation of two nuclear power station projects also provides potential for long-term rail freight involvement. Hinkley Point in Somerset, west of Bristol, may be unrealistically too far from the rail network, but Sizewell on the Suffolk coast, in the east of England, is at the end of a moribund branch line. The government also seeks to accelerate the rollout of its ‘freeport’ initiative, which has already been identified as a generator of rail freight traffic at locations around England.

Speaking specifically about the potential around the East West Rail project, the Chair of England’s Economic Heartland (EEH), councillor Richard Wenham, welcomed the commitment to prioritise transport and infrastructure projects in the region. “[This] will unlock new economic opportunities for our residents and businesses”, he said. “EEH has consistently made the case that East West Rail – delivered in full to Bedford, Cambridge and Aylesbury – will transform our region’s economic potential.”

Wenham went on to say that the rail project will boost UK economic growth, and drive forward innovation. “The government appears to share these objectives for East West Rail. EEH will now work with government to make the case for other vital infrastructure projects in the region, for example, the work to provide greater rail capacity at Ely which is essential for the sustainable movement of goods across the country.”

Quantity is good, when spent on quality…
Regrettably, standards, optimal, when steam was shifted out, now are devastating.
(Clients, ware owners, have shifted to “JIT” and does not afford luxury of not caring about “eta”.)
“Electrification”, yes, but a timely, etc., etc.!
Track, calling for frequent, costly maintenance, neither is timely, etc.
(Voids, sleepers, hanging undampened…, at current speeds, with 80G at railhead…, neither for railways, nor for taxpayers is acceptable.)