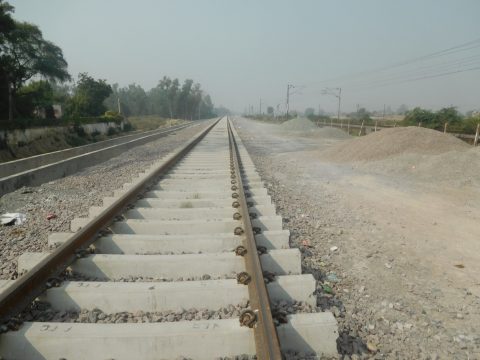 The Indian national railway operator and a Chinese tech company have submitted claims for damages against each other in an ongoing feud that started in 2020. The feud is about a contract for a project on Indian railways, which was terminated that year. The Chinese firm claims the termination was illegal, while the Indian side protests that the Chinese did not fulfil the agreements. The two parties are to resolve their dispute before the International Chamber of Commerce (ICC).

The specifics of the contract

The cause of the dispute is a contract that CRSC Research and Design Institute landed in 2016, worth roughly 60 million euros, that was terminated by DFCCIL in 2020. The Chinese company was supposed to carry out works for signaling and telecommunication along a section of the Eastern Dedicated Freight Corridor. The Eastern DFC is India’s project for a 1,839-km-long rail freight corridor connecting Ludhiana, in the North, with Dankuni, in the East The section mentioned is 417 kilometers long, running between Kanpur and Deen Dayal Upadhyay junction, in North-Eastern India. The submissions from both parties will now be presented before the ICC.

Per the Economic Times, troubles started two years ago when CRSC Research and Designed Institute filed a petition to the Delhi High Court that ruled in the favour of DFCCIL. In January 2021, the Chinese firm filed a new arbitration against DFCCIL, this time under the ICC in Singapore for over 35 million euros based on the illegal termination of the contract.

After submitting their statement of claim, the Chinese request has now increased to about 55 million euros. The revision claimed to include interest on various forfeited amounts, claims for various kinds of overheads, and contractual deployment. Additionally, the Chinese company has said DFCCIL owes it for the work that has been completed, for which they did not receive compensation.

The Indian company filed a claim for over 29 million euros on Friday against the Chinese firm for compensation for several issues. For example, the DFCCIL claims the Chinese Institute failed to provide technical documents and to collaborate with local entities.

The causes behind the DFCCIL’s claim include recovery of mobilization advance, retention money, and balance under the termination clauses, according to the Economic Times. Moreover, the Indian railways are claiming that only around 20 per cent of the total work was completed, despite the contract originally being planned for completion within 1,000 days.