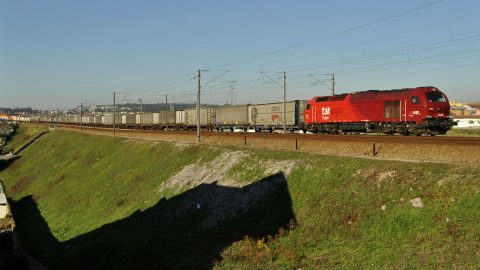 At the end of July, the French railway company SNCF was able to report a profit of 928 million euros for first half of 2022. This is encouraging: SNCF group is on track to meet the financial commitments announced as part of the 2018 rail reform, despite a deterioration in the economic and geopolitical context.

These good results demonstrate, according to the SNCF, the robustness of a model based on the diversity of the portfolio of activities. SNCF Voyageurs rail traffic has rebounded since March, both in daily transport and in High Speed ​​Leisure journeys in France and abroad, despite a start to the year marked by a new episode of health crisis.
But, GEODIS, the road division of the French group, confirms its role as the second economic lifeblood of the Group with growth that remains at a high level.

The Group’s logistics and freight transport activities reaffirmed their value as strategic growth drivers. At GEODIS, revenue was up 34 per cent from H1 2021, buoyed by freight forwarding, distribution and express delivery and road transport. Contract logistics continued to expand, especially in the United States, even though cost inflation put pressure on its margins.

Pekaes, Gandon and Perrier, acquired in 2021, contributed to positive momentum in France and Poland, and in H1 2022 GEODIS acquired de Keppel Logistics (after June’s financial close), strengthening its position in the contract logistics industry in the Asia-Pacific region, especially in Singapore. In road transport, a new road-rail line was launched between France and Italy in H1 2022. RAIL LOGISTICS EUROPE (RLE) reported a satisfactory performance, with revenue up +6.8 per cent from H1 2021

The year 2022 was marked by the signing of the 2021-2031 performance contract between SNCF Réseau and the State in April, which is subject to criticisms as to the amounts allocated to the French rail network. However, it is an element necessarily essential to the good performance of traffic.

Investments totalled 4.3 billion euros in the first half of the year including all sources of funding. SNCF Réseau invested heavily, with 2.5 billion for renovation and upgrades—a level comparable to that reported at the end of June 2021. This included 1.3 billion euros in continued funding of regeneration and 0.6 billion euros for major engineering works.

In addition to massive spending on rail infrastructure, 1.8 billion euros was invested in other Group companies’ operations (including all sources of funding). Over half was by SNCF Voyageurs for the acquisition of new rolling stock—63 units in all, including 51 Transilien trainsets for Paris Region commuter service, 10 TER trainsets for other regional services, and 2 TGV Océane high-speed trainsets—and renovation of existing equipment.

1 comment op “GEODIS the economic bloodline of SNCF in H1”

Railway strategy of France, providing for a separate TGV, but still with an “Old Railway” is sustainable.
However capacity and utilisation of tracks, assets, etc., shall not, as currently, be obstructed, but decisively added.
Decisive upgradings, a New Old Railway, a timely, now is the needed!
(All other devices, by sea, etc. upgrade for reduced costs…)
By reduced costs, reduced track charges is paved for, etc., etc.
By a serious SWL, 35 ton axial load, shall be allowed, at cargo lines, etc.