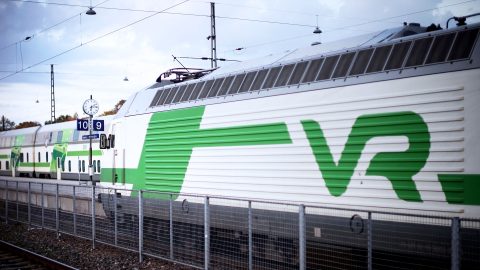 Rail freight traffic between Finland and Russia will gradually cease after the existing transport contracts of state-controlled company VR Group end. For now, traffic is still possible. However, in the following months, this will not be the case anymore. “Private operators are also affected by this decision since, without VR, trains won’t cross the border”, said Sanna Kauppi from RailGate Finland, the administrator company of the Kouvola rail and road terminal.

The VR Group first announced a stoppage of rail traffic between Finland and Russia on 27 March. It cited the UK sanctions as the reason. Then it reversed the decision, saying that the sanctions did not burden operations. After an internal assessment in early April, the Finnish state-controlled company decided to stop rail freight traffic to and from Russia, after all, mainly due to moral reasons related to the war.

At that point, it was unclear whether VR Group’s decision meant a universal shut down of rail freight operations affecting the whole country and including private companies. Additionally, reports mentioning that trains to and from Russia kept running made the situation even more complicated. Now it’s clear: VR’s decision impacts everyone. It is not prohibitive, but it makes processes for private operators way more complex. According to the Finnish rail regulatory body, VR is crucial for cross-border traffic because, among others, it manages information systems related to border formalities, for instance.

This is so because VR decided not to suspend the existing transport contracts with the Russian Railways but to wait until they expire. Simultaneously it will not sign any new ones. As a result, traffic will stop automatically when the active contracts end.

What does the decision mean?

“The decision was made by VR, a state-controlled company, but private companies can continue the traffic depending on their willingness”, said Young. Kauppi also explained that private companies could potentially continue business to and from Russia even after VR drops out. However, they would need to take care of cross-border traffic processes alone instead via the Finnish railway company.

As a result, rail freight traffic between Finland and Russia is still allowed, but it becomes way more complex than before without the VR Group’s participation. “Indeed, VR’s decision will create a chilling effect, and companies are likely to be more precautious to avoid consequences of possibly breaching the sanctions”, commented Young.