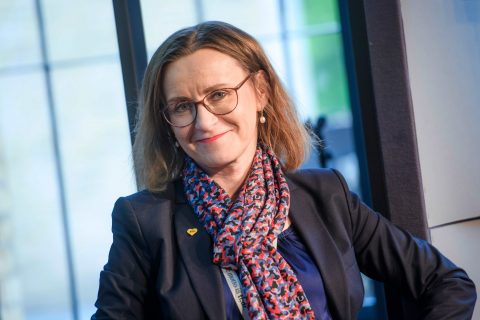 Sigrid Nikutta will continue to lead the freight division of Deutsche Bahn for five more years. The Supervisory Board of Deutsche Bahn AG extended her contract during a regular meeting, expressing its trust that she’ll be successful in turning more cargo to rail.

Sigrid Nikutta joined the DB Management Board as Board Member for Freight Transport on January 1, 2020. Her mission was to help the company recover from the financial losses it had suffered in previous years. Before this post, Nikutta also worked in management positions at Deutsche Bahn. She worked for DB Cargo between 2001 and 2010. At the time it was operating as DB Schenker Rail Deutschland AG. One of her responsibilities was overseeing unit train traffic. She moved to BVG in Berlin in 2010, where she was in charge of bus and rail transport in the German capital. After that, she was recalled to DB Cargo.

DB Supervisory Board’s decision to maintain Nikutta as the chief of the freight division might indicate that she fulfilled some of her initial goals. As a result, her contact is extended until 31 December 2027.

“Deutsche Bahn will face enormous challenges in the coming years. With today’s contract extension, we expressly support the commitment of Dr Nikutta to get more and more goods on the climate-friendly rail”, commented Michael Odenwald, chairman of DB’s board. At the same time, DB CEO Richard Lutz mentioned that he is excited to continue working with Nikutta for “a stronger rail in the future”.