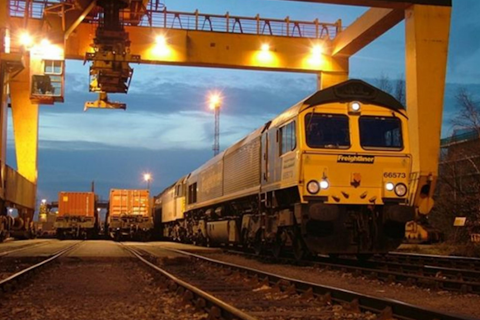 Is the UK heading for a nationwide rail dispute?

UK’s union that represents rail, maritime and transport workers (RMT), has expressed concern over the long-term reductions in the passenger timetable. This would mean workers are made redundant, and this in turn will affect all traffic. They are also concerned that standards of maintenance will fall, predicting a reduction in activity to half of the present level.

The trades union RMT claims that it expects the UK passenger timetable to be significantly cutback in the autumn. RMT also says it believes there will be a “fifty per cent cut in rail safety maintenance work.” The union says it will call for a nationwide rail dispute in response. They say that there will be thousands of rail worker redundancies by September. If the industry went into industrial action, freight, as well as passenger operations, would be disrupted.

Trades unions have been highly supportive of railway workers throughout the pandemic, and have consistently championed their efforts. However, the RMT, which has around 80,000 members working in the transport sector, and a representative proportion of them in the rail industry, has declared it was moving to a ‘national dispute’ footing with Network Rail. The union says it has revealed that the infrastructure agency is planning for thousands of job losses by this September, and what it calls ‘a dilution of safety standards’. That includes, according to union sources, ‘a halving the frequency of safety critical maintenance work.’

“The attack on jobs and safety comes on top of an attempt by the company to implement an open-ended pay freeze on Network Rail workers”, said an RMT statement. Mick Cash, the general secretary of the union said the revised maintenance schedule was politically motivated from Westminster. “Under orders from the government Network Rail is using the Covid-19 drop in passenger numbers and service levels to rush through the most radical restructuring of the railway infrastructure since privatisation”, he said. “Rather than the post Covid-19 return to rail recovery which our economy and climate desperately needs this is a return to the disastrous days of Railtrack where cutting costs and corners led to a string of fatal accidents.”

In referring to the predecessor of Network Rail, Cash brought back memories of a string of accidents, all put down to a poor maintenance regime. The resulting year-long disruption to the network – multiple speed restrictions and a huge programme of repairs – forced Railtrack out of business and a complete revision of procedures on what was then the recently privatised UK rail network.

“I will be seeking an urgent meeting with the Secretary of State, Grant Shapps”, said Cash. However, the union leader does not expect an immediate response from the government. “In the meantime RMT has no alternative to move to a national dispute footing to protect the livelihoods of our members and the lives of rail passengers and workers”, was his strongly worded statement.

UK media sources have reported a rebuttal from Network Rail, although the infrastructure agency has admitted it is in preliminary discussions with trades unions over modernising work practices. The Network Rail chief executive, Andrew Haines did issue a statement in response to the revelations from RMT. “Outdated practices, and the impact of Covid on passenger numbers, show that the railway is not serving passengers, taxpayers or staff as well as it should”, he said.

Haines continued that he wanted to build relations with the union. ”We want to work constructively with the unions to create an industry fit for the twenty-first century that is genuinely safe, efficient and effective for everyone”, he said. “I hope the unions will recognise and embrace the need to modernise and will work with us to improve Britain’s rail network.” Certainly, modernisation is on the agenda at RailTech Europe, where the industry will come together, online, to discuss developments.

The UK government was on the receiving end of criticism last week, over a public sector pay proposal, which is below inflation. The one per cent offer, which would be extended to health workers within the UK’s National Health Service, has been meet with anger, and taken as an effective pay cut for key workers. Cash argues, without much dissent heard, that rail workers have been in that category throughout the coronavirus crisis.

“Rail staff, who have been essential workers throughout the pandemic, have already had a kick in the teeth with an attempt to impose the government’s pay freeze”, he said. “Now they are threatened with the loss of thousands of jobs accompanied by a drastic dilution of safety tasks, which will have catastrophic consequences for rail safety.”

GB Railfreight shunts off with new contract for Celsa Steel