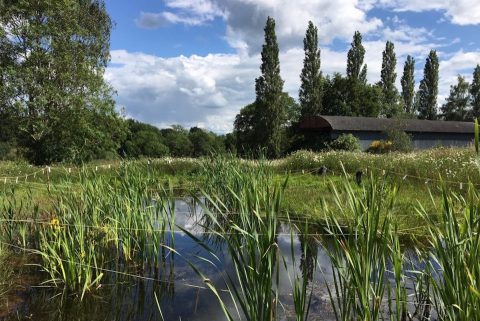 No mention for rail in UK Green Industrial Revolution

UK’s Ten Point Plan for a Green Industrial Revolution has no direct mention of rail transportation, to the frustration of industry players. They say that rail freight will however have a growing role to play in the future of the UK’s greener economic ambitions. It is expected that the sector will contribute to several of the points raised by the prime minister.

Prime minister Boris Johnson launched a ten-point programme to back up the UK government commitment to a net-zero economy by 2050. He hopes the plan will generate 250,000 new jobs. However, rail in general and rail freight in particular does not directly figure in the proposals, and there has been adverse comment from environmental lobbyists who say it does not go far enough.

Rail can play a key role

A government statement says the plan covers clean energy, nature and innovative technologies. The Prime Minister’s blueprint will allow the UK to forge ahead with eradicating its contribution to climate change by 2050, particularly crucial in the run up to the COP26 climate summit in Glasgow next year. The plan also covers some aspects of transport, primarily a radical plan to abandon fossil-fuel car production by 2030. It is understood that vastly increasing the public charging infrastructure will contribute to the 250,000 jobs promised in the plan. However, environmentalists say the budget allocation is tiny compared with other initiatives in Europe, and dwarfed by the road building programme still on the government’s strategy.

Responding to the lack of direct mention of rail, Darren Caplan, chief executive of the Railway Industry Association urged the prime minister to consider rail more specifically. “The Prime Minister’s Ten Point Decarbonisation Plan sets out a bold strategy for decarbonising the UK”, he said. “Rail can play a key role in this vision. It is already a low carbon form of mass transit, and can reduce its emissions even further with a rolling programme of electrification and fleet orders of low carbon rolling stock including effective use of hydrogen and battery.”

Targets are set for carbon capture, nature restoration and investment levels. The plan proposes to make the UK a world centre for offshore wind power manufacture and generation, together with commitments to developing hydrogen fuel technology and new nuclear power generation. All three points can directly impact the rail freight industry, in support logistics, and potentially in fleet renewals. Johnson also wants to switch the UK public and private transport fleets to electric power, as well as supporting difficult-to-decarbonise industries to become greener through research projects for zero-emission planes and ships.

The building industry is to be encouraged to make homes more energy efficient, by installing better insulation and better home heating. The scale of those ambitions offer opportunities in materials supply in the bulk quantities that lend themselves to rail freight transport. However, as some commentators have already noted, it is up to the industry to compete successfully for a share of these opportunities.

The initiative is part of the prime minister’s commitment to “level up” the UK economy – the government’s plan to put more investment into areas of the UK away from London and the South East. They say they will mobilise 12 billion British pounds (13.2 billion euros) of government investment to create and support up to 250,000 “highly-skilled green jobs in the UK, and spur over three times as much private sector investment by 2030.” Johnson says he will target what he calls the industrial heartlands of the UK, including in the North East of England, Yorkshire and the Humber, Scotland and Wales, and the West Midlands around Birmingham – the terminus of the first stage of the massive HS2 high-speed rail project, which will connect the city with London in less than one hour.

However, Caplan at the RIA says that the rail industry and its supply chain, already makes a huge contribution to the economy of the UK. According to the RIA, which has over 300 companies in membership, the sector contributes 36 billion British pounds (around 40 billion euros) in economic growth and 11 billion (12.2 billion euros) in tax revenue each year, as well as employing 600,000 people, which they compare to the entire workforce of Birmingham. “We look forward to working with the Government as it publishes its Transport Decarbonisation Plan early next year, and would urge that rail plays a key role in supporting the UK’s journey to net zero”, said Caplan.