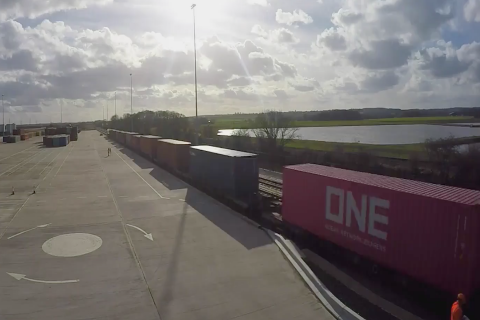 More than 90 per cent of pre-pandemic rail freight traffic volume is back in operation. That seems like good news for the future says Network Rail’s Andy Saunders. The recovery comes despite a thirty per cent drop at the onset of the coronavirus lockdown in the UK in March, and the immediate stopping of everything except essential commerce. Saunders, the development director for the UK infrastructure management agency, was addressing the online audience at the recent Rail Freight Group conference.

Rail freight in the UK has been praised for the work the sector put in during the lock down, and the country is set to rely on the trains again this winter. Despite the nationally significant contribution, rail freight has suffered the same setbacks as the rest of the UK economy this year. However, according to Network Rail, the recovery is already underway. They say freight has bounced back quickly from the initial impact of coronavirus, and by the time of the Rail Freight Group conference earlier this month, freight traffic was running at about 92 percent of normal levels.

Harworth Group a case in point

There has been a significant change in the way the UK railway network is being used. It will come as no surprise to learn that passenger activity is significantly down, and that many operators have been obliged to take rolling stock out of active service – at least temporarily. That has meant an unexpected upturn in business for operations like Harworth Group, which has a long-standing close association with the rail freight sector. Their core activities revolve around land regeneration, which often means remediating extensive tracts of post-industrial sites, such as collieries and power stations, into new residential and commercial developments. Their portfolio of rail-linked industrial development sites across the North of England and the Midlands have seen a considerable upsurge in rail freight interest in 2020.

Chris Davidson, Harworth Group associate director for major projects, has put at least some of that surge down to pandemic related activity. “We’ve received a large number of enquiries about our sites at Kellingley and Gascoigne Wood in Yorkshire, for everything from bulk minerals to express freight”, he says. “The existing rail connections, the availability of industrial land and potential opportunities to develop freeport facilities, respond well to growing requirements from business for buildings with road and rail access. In the meantime we’ve opened up the sites for storage and maintenance of rolling stock, given the acute lack of siding space on the network at present.”

Short term boosts are Icing on the cake

Essential intermodal traffic kept Britain supplied during the disruption of the initial pandemic, and kept the traditional supermarket shelves stocked despite the British tradition of panic buying in a crisis. However, with international trade disrupted and domestic movements curtailed, rail freight volumes fell immediately by almost one third.

Since then, the resilience of the sector has been in evidence, and almost all the lost traffic has been recovered. The restart of economic activity, especially in the construction industry, has helped stimulate the rapid recovery. With major infrastructure projects hinted at by the UK government, there is cause for optimism. Network Rail’s Andy Saunders said that the freight movements, such as the building up for delivery of HS2 materials, should however be seen as the icing on the cake. Growth in the rail freight sector will be sustained by a steady build up of services, driven by long-term factors, such as modal shift and economic competitiveness.

Day to day development is evidenced by the steady increase in new flows and services. Having only a matter of weeks ago acquired a large container logistics company, Maritime Transport wasted no time in furthering their intermodal activity. Just this week, they launched a new five-days-a-week container train between London Gateway and East Midlands Gateway, with almost certain opportunities to exploit the network of container depots they had acquired from Wincanton earlier. Maritime’s managing director for intermodal and terminals, John Bailey, is in no doubt about the future prospects for the rail freight sector, and sees Maritime as playing an active part in that development. “We continue to see remarkable growth in our rail volumes. “This new service opens up another transport route to the East Midlands region, and the significant environmental and cost-saving benefits it will bring.’ 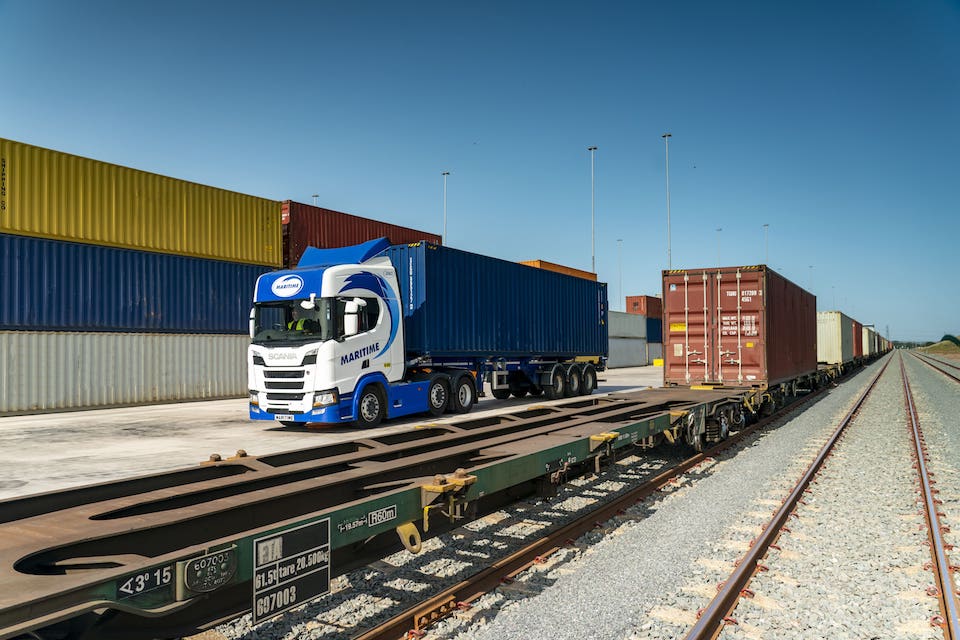 Also in the Midlands, Iain Thomson, head of communications and investor relations at Harworth Group, sees plenty of potential for development. “Our sites at Ironbridge and Daw Mill are also attracting similar levels of interest, given their rail sidings agreements remain in place. The sites offer great potential for depot or testing facilities, and we’re also investigating the long-term scope to operate passenger services to and from Ironbridge as part of a proposed mixed-use redevelopment.”

Prospects for the future look bright

The government commitments to a greener economy, and the prime minister’s statement to “build, build, build”, has given the industry reasons to prepare for a busier future. There are already encouraging signals, including recent facilities openings, such as the rebirth of the port of Newhaven as an aggregates terminal, and a raft of intermodal terminal installations.

Development will not however be easy. Only two week’s ago, Freightliner head of service development, Jon Bunyan, said that the political agenda has helped stimulate the market, but the future was as challenging as at any time in his career. “We have sought to respond to this situation by trying to improve our efficiency and productivity”, he told RailFreight.com. “This could represent a step-change for the sector in terms of productivity and efficiency and therefore for overall competitiveness. The drive towards decarbonisation by 2050 presents an opportunity for rail freight.”

The next quarterly review of rail freight statistics, covering the second financial quarter of the year and the peak of the pandemic disruption, are due to be published by the UK government’s Office of Rail and Road on 17 December. Given that the figures will probably make for unpleasant reading, the industry and the nation will be looking for some good news just ahead of Christmas. Perhaps rail freight can provide a glimmer of seasonal cheer.