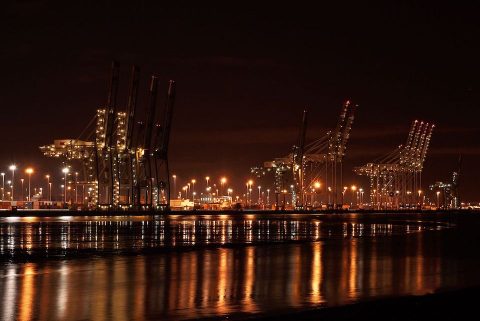 The UK government has handed a funding package to the South of England, around the Port of Southampton, for improvements to the local rail freight infrastructure. The port, best known for intermodal and automotive traffic, will see capacity around the locale extended to 775m, the new standard maximum length for UK goods trains. Work will take place early in 2021, with some disruption to passenger services anticipated.

News of the funding for Southampton comes at the same time as the government handed out contracts to four ferry companies, in an effort to provide post-Brexit capacity away from the Channel ports, which are expected to be severely congested in the immediate aftermath of the final break from Europe at the end of 2020.

Four ferries, and four times as much funding

The government in London has announced a 17 million British pounds (18.7 million euros) package to fund rail infrastructure improvements around Southampton port. Rail Minister, Chris Heaton-Harris, said the funds are to be invested into a major rail upgrade to freight services, as the Government looks to support the continuous flow of goods across the country and strengthen links into Southampton docks.

However, Heaton-Harris’s department also funded four ferry contracts on the same day (Tuesday) to the tune of 77.6 million British pounds (85.5 million euros) with major operators, to boost capacity into ports in the North of England. Brittany Ferries, DFDS, P&O Ferries and Stena Line have all been tasked with ensuring medical supplies and other vital goods continue to get to the UK unhindered by any expected congestion, particularly at Dover and the other Channel ports.

Southampton may also see additional traffic immediately after the transition on 31 December, but capacity will not be hindered as work on extending facilities will not start until next year.

Freight services are presently restricted to a length of 520 metres in the Southampton area. This investment will see that rise to 775 metres, therefore increasing capacity and allowing an additional seven trailers to be transported on a single intermodal service. The port already has an extensive timetable of connections with distribution terminals around the UK.

“The injection of funding into the expansion of freight capacity will have a profound effect”, claimed Heaton-Harris. “Not only will this lead to a greener and more cost-efficient way to transport freight from Southampton, but the economic benefits will also be substantial. Our freight industry has played an integral role through this pandemic, helping keep this country moving, and this investment will ensure it continues to support our economic recovery.”

Mark Killick, who is the route director for the area with Network Rail, said that the improvements would be environmentally friendly in the long run, taking traffic off the roads around the UK. However he did note that there would be some initial disruption during the works. “To introduce these longer trains there will be some line closures in January and February 2021. We would like to advise our passengers to plan their journeys well in advance and check before travelling”, he said. the exact details of the works, and any disruption to freight operations has yet to be announced.