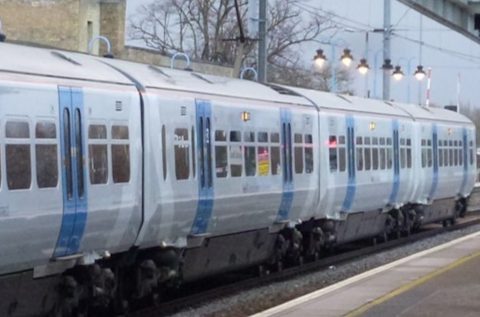 Varamis, an ambitious new British company, is planning a radical return to express parcels operations. With green credentials and a solid business model, they have every intention of being on the rails in time for the Christmas rush. Given the coronavirus-driven demand for deliveries, their timing may be even more foresighted than the company originally imagined.

There is nothing up in the air about Phil Read. He is as down to earth and realistic as anyone has to be, especially as someone about to launch a new railway company into an uncertain economic future. Yet, for a silver lining, the parcels and delivery sector is on the crest of a wave, so anyone launching a trunk-route express-train service might just be forgiven for a bit of blue-sky thinking right now.

Read has put the premise behind Varamis Rail as an opportunity to introduce a carbon-neutral express parcels service along the East Coast Main Line. The company has bold plans to connect existing and under-utilised rail connected mail facilities with a fleet of all-electric repurposed passenger trains, capable of keeping up with express services on the busy artery that connects London and Edinburgh.

“Our biggest challenge thus far has been to overcome existing perceptions”, says Read, speaking from their Doncaster base of operations. “The parcels industry is intrinsically connected to a road-based network and a last-mile delivery system that integrates around local operators. We are not seeking to supplant that operation, but very much provide a new service that works for business and consumers alike”.

Central to the operation are a suite of green credentials. Varamis says that if industry at large is to meet the UK government target of a clean air economy by 2050, then ambitious, carbon-free plans, like theirs, are not just desirable, they are necessary. “We very much want to tie in with the clean-air strategy”, says Read. “Long distance road vehicles will struggle to handle the volumes that rail can, and will always be behind the technological edge when it comes to taking the carbon out of the economy. Rail operations like Varamis make sense for that trunk part of the chain”.

Varamis initially proposes an express service, linking facilities they have identified between Doncaster and Mossend near Glasgow. Expansion sees them quickly serving Newcastle, and then adding a service from London. “We are actively looking for local partners, whom we can work with, to complete the chain. That is where the green strategy and an environmentally sustainable economy dovetails”.

Crucially, the company bases its operations around electric traction, initially targeting the former class 365 electric multiple units. The stock, nicknamed the Happy Trains for their quirky, anthropomorphic front end design, last saw revenue-earning service with Abellio-operated ScotRail last year. “We were tending towards the Happy Trains”, says Read. “However, the profile of the company has brought attention from other potential partners. There could be other options open to us, with a variety of alternative stock coming off lease at the right time”.

Although Read refutes comparisons with the former comprehensive parcels service established when the British railway network was last in public hands, there are similarities. The business model depends on the service running in tandem with passenger paths, albeit on dedicated trains, rather than the piecemeal guard’s van of old. They do however entertain the concept of using passenger platform access as part of the strategy. “We are working through the logistics of the operation”, says Read. “We have well advanced relations with government, regulators and the infrastructure manager. Our safety case has now been submitted, our application for a train operating license is due to be delivered shortly, and negotiations for a track access contract commence at the end of April”.

Happy Trains or some other form of electric traction for their business ambitions, Varamis plans to put smiles on the faces of more than just their own business partners.