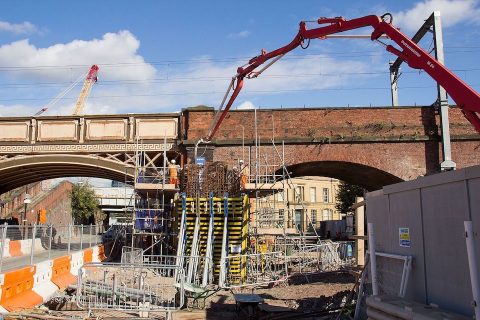 Integrated rail plan needed for UK Midlands and the North

The National Infrastructure Commission of the UK is calling for evidence for its rail needs assessment in the Midlands and the North of England. The study is part of the preparations for an Integrated Rail Plan for these regions, in answer to the UK government commitment to deliver a greener and leaner economy.

Prior to this week, and the issue of the formal Notice to Proceed, UK Prime Minister Boris Johnson said that decision to proceed with HS2 between London and Birmingham, was not made in isolation. Johnson made explicit reference, as he put it, to “level up” the regional economies, and to invest in the rail networks in the Midlands and the North.

The message was not lost on the rail freight industry, which is frequently at pains to voice opinions about the restraint that lack of capacity places on development, particularly in the North of England.

As the first step, the government instructed its own agency, the National Infrastructure Commission to prepare the plan. “The government is fully committed to providing better rail connectivity between London, the Midlands and the North, ensuring all parts of the country benefit from opportunities for economic development and prosperity”, says the UK Department for Transport, in the opening statement from the published paper launching the consultation.

HS2 not the only project

The paper goes on to say that while HS2 has grabbed all the headlines, not least this week with the formal green light to the project, it is not the only development in mind. “As well as committing to deliver HS2, the government remains strongly committed to Northern Powerhouse Rail, improving connectivity between northern cities as well as between London, the Midlands and the North.”

Speaking to businesses in the North, specialist rail and freight consultant Chris Polack of Bootham Network Solutions, said that the rail freight sector was delivering benefits to the economy, and that infrastructure development could primarily deliver benefits in three areas, including cost. “Delivery of freight by rail produces 70 per cent less carbon, and other emissions, than an equivalent road journey”, he said. “Modal shift to rail can make a significant contribution to the Government’s climate change commitments”.

Rail is mode of choice

York-based Polack also noted that unreliability caused by congestion, notably on the arterial motorways like the M6 though the Midlands and the M62 across the North, could be better tackled by rail. “A single train is the equivalent of 43 heavy goods vehicles loaded with consumer goods. It is estimated that rail deliveries remove seven million lorry journeys from the national road network each year”.

However, despite the demonstrable advantages, the current pattern of rail deliveries is not the same across the country. “Rail is the mode of choice for supermarket deliveries from the East Midlands to Scotland”, added Polack. “It is growing its market share between Tees Side, Doncaster and the East Midlands. However there are no equivalent rail supply chains, despite the pressing customer demand from Tees Side or the Humber Ports, to the Manchester and Liverpool City regions. The reason for this is that there is neither the train paths, nor the capability to accept standard shipping containers, on the main Trans – Pennine rail routes, and this is by no means the only example of constrained demand”.

The chairman of the National Infrastructure Commission, Sir John Armitt, a former chief executive of Network Rail, has emphasised that the current coronavirus crisis has not distracted the NIC from the task. “Clearly the nation faces an urgent and unprecedented challenge. Quite rightly many local authorities and other organisations and individuals with a stake in the future of regional rail development will be focusing heavily on that at present”, he said. “However, given the importance of these transport projects over the longer term, we were keen to begin background work now. We hope our call for evidence will enable a wide range of people to contribute to the first phase of our analysis”.

In turn, Polack urged businesses and stakeholders to get involved in the process, and submit evidence to the NIC, to explain and justify the enhancements urgently required to allow rail freight to deliver for the environment, the economy and society. “This offers a once in a generation opportunity to inform and shape transport policy”, he said. “It is important that the needs of the freight sector are adequately reflected in the Integrated Rail Plan and the subsequent investment that will flow from it”.

“If they are done right, these rail projects have the potential to kickstart an integrated transport revolution in the the Midlands and the North”, concludes Armitt. “It is important that these significant investments create a lasting legacy across the country, and we look forward to receiving input from a wide range of people to help shape that future.”

The government remains confident that the Integrated Rail Plan will be published by the end of the year.

The issue of capacity and constraint on development will be the subject of the first RailFreight UK Webinar, to take place on 1 May. The theme is a crucial one: Capacity for freight – planning for growth in the new reality. The webinar is free of charge. Registration can be done here.