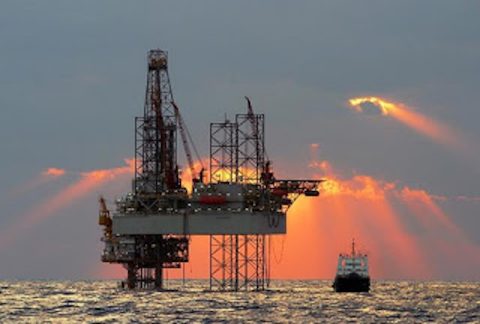 In an unlikely mirror of the significant price rises of the 1973 “Oil Shock”, a fall-out between Saudi Arabia and Russia saw a price war between the two make the headlines in the first months of 2020. However, what was already a falling market price plummeted from the sky in March, as the coronavirus crisis struck and the demand for oil collapsed worldwide.

Brent Crude and West Texas Intermediate – two of the globally-recognised trading standards for oil – are both at month, quarter, annual and five-year lows, according to monitors like oil-price.net. Typically prices for both are at levels not seen since 2002 – although still about twice the price that was considered ruinous in 1973: 12 US Dollars per barrel.

Back then, in the days when the United Kingdom gained entry to something called the European Economic Community, and Sunderland won the FA Cup in front of something called ‘a crowd’, the gas-turbine high-speed train was on test, and electric freight trains still plied the Woodhead Tunnel under the Pennine Mountains.

Planners may have been forgiven for thinking that oil-powered railways were as doomed as steam had been in the decades before. With the price of fuel quadrupled, surely the rush to diesel would be exposed as folly, and the death-knell of rail freight. The wholesale switch to electric traction would be just too expensive to be justifiable in the face of the newly developed motorway network.

Spool forward to the twenty-first century. The prototype HST is a museum piece in York, and the only wires in the Woodhead Tunnel belong to the national electricity generating grid. Oil-fired diesel engines are at least as much the mainstay of freight operations as they were in 1973. Some of the motive power is still on the rails, even if Brexit means membership of the EU is as derailed as Sunderland’s hopes of football dominance.

“Short term reductions in oil prices favour the road haulage industry”, says Chris Polack of consultants Bootham Network Solutions. “A significant part of the fuel price they pay is tax and duty. Rail is effectively using ‘red diesel’, which is exempted from much of that tax burden. However, the short-term issue is how much of any reduction in fuel price is passed on to the consumer”.

Network Rail, the UK infrastructure agency, has taken lower fuel prices into account, and revised its own projections for the medium term. “Lower growth in intermodal traffics due to the less favourable revised input assumptions for rail costs versus road costs (particularly lower fuel costs), and a lower extent to which we assume rail-served distribution parks will be developed”, says their latest Freight Market Study overview.

Yet, in the schizophrenic world of commodities trading, oil bounced back this week – up eight percent on Thursday, in a price move that would have made the front page in less unusual times.

One significant rail freight operator took a pragmatic view of the fluctuations in fuel costs, which, in the present climate, seem both unpredictable and out of the hands of commercial concerns. “As moving goods by rail uses seventy-six percent less fuel per tonne mile of freight moved, the cost of fuel makes up a smaller percentage of a rail freight operator’s costs”, they told RailFreight.com. “This means that a very low oil price favours moving freight by road rather than rail. Whilst the world’s focus is currently on COVID-19, in a few months we will all need to refocus on the carbon-saving agenda, and the role of rail freight companies all over the world is important in achieving this aim”.

As that operator alludes, investment decisions are made over a much longer cycle than the current fairground ride of oil prices. Less revolutionary and more evolutionary is how one market observer described it to us.

“Longer term, these things tend to even out, and the effects on electrification programmes are really marginal”, adds Polack. “You have to remember that the underlying reasons for electrification are not for short term fuel pricing, but are for the longer term and much more valuable ideals of decarbonisation of the economy, and the health and environmental benefits that will bring”.

Given the volatility of the market, we confidently predict that, at time of reading, the price of Brent Crude and West Texas Intermediate will be trading between USD8 a barrel … and 80 US Dollars. Some 1973 diesel locomotives will still be refuelling – at greater cost to fill the tanks than it cost to build them in the first place. However, by 2073, the certainty is that the rail freight landscape will have radically changed in ways we cannot predict right now. By then, Sunderland may even be celebrating another FA Cup win. Such is the long-term rollercoaster ride of rail freight … and football.