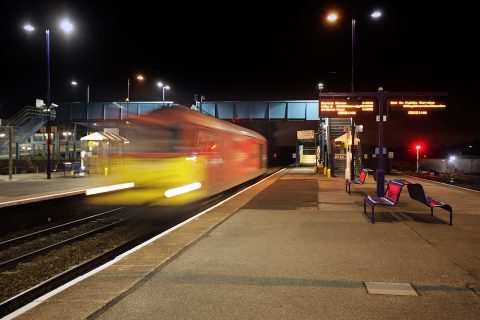 The Office of Rail and Road, the oversight body in the UK, has said it is investigating the performance of Network Rail, the infrastructure manager for most of the network, and has issued a warning over poor service in the designated North West and Central region in England.

While the figures for freight remain on target, there have been concerns expressed today by the Office of Rail and Road (ORR) which relate to impact on passenger services in those parts of England where operations have been most badly affected by Network Rail’s contribution to passenger train delays.

While it has been the passenger operations that have caught the national headlines, the industrial Midlands and North West regions of England also generate a significant percentage of the entire freight timetable for the UK, and operators in that area have taken close interest, and await specific findings later this year.

In the complex division of responsibility, between the various parts of Britain’s railway management, Network Rail has been apportioned 58 per cent of passenger delay minutes. That is down 1.1 per cent on last year, but still not enough to escape the disapproval of the regulator.

A letter, issued today by ORR chief executive John Larkinson to his counterpart at Network Rail, Andrew Haines, says that while performance overall has improved slightly, the North West and Central region has shown a deterioration over the past two years.

Referring to Network Rail’s own Interim Business Performance Report, which showed that the region was slightly below target for its train performance measures, Larkinson says ORR believes that the current position is more serious than conveyed in that publication. “It is delivering close to the worst level of performance for five years, it remains a long way adrift of its target and is tracking very close to the regulatory floor”, he writes, with specific reference to passenger performance measurements.

By contrast, Network Rail receives some comfort in the letter, for performance in Wales and West Region and also in Scotland, where it is more closely allied with the passenger train operators, and is adhering to Scottish government guidelines as part of an industry remedial plan.

Network Rail chief executive Andrew Haines responded with an apology, saying to rail users, on behalf of the rail industry, “We have let you down”. He added that there is no quick fix, but a task force has been pulled together to tackle the problems head-on. Noting that other parts of the country had seen good progress, he said reliability in a lot of places was at record high levels. “Recovering from any small incident or issue, be that a fallen tree, a broken down train or track fault, on a congested and clogged network, remains our biggest challenge”.

Adding to the letter, which has been widely published, Larkinson added, “ORR is responsible for looking at how Network Rail contributes to train delays and while there are areas of very good performance such as in Wales and Western region, Network Rail’s performance in North West and Central region is not good enough. That is why we are putting the company on a warning to make sure its improvement plans deliver for passengers”.