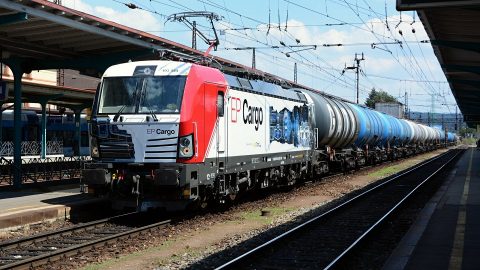 Slovenian national railway company Slovenske železnice has got closer to selling a major stake of its freight division. A share of 49 per cent of SŽ-Tovorni promet, its freight subsidiary, is most likely to be purchased by the Czech energy group EPH. If the deal goes through, the company that also owns EP Cargo will get an excellent opportunity to strengthen its business on the Baltic-Adriatic corridor.

According to the report of the Slovenian leading web media Siol.net, EPH was named as the preferable investor for purchasing the major stake. The leadership of Slovenske železnice does not comment on this report but notes that the negotiations with the future investor are at the final stage.

The rail segment of EP Logistics International consists of EP Cargo, one of the largest rail freight operators in Czechia, its subsidiaries in Poland and Germany (EP Cargo Polska and EP Cargo Deutschland) as well as the locomotive leasing company LokoTrain. The EP’s intermodal segment includes two companies, EP Intermodal and SPEDICA, that provide forwarding and transport services inside Czechia and abroad.