Swiss logistics company Hupac intends to launch a new intermodal link between Germany and Austria. It connects the intermodal terminals of Ludwigshafen and Vienna. The new service will start on 10 September.

Fast transit time and a strengthened network are the main features of the new service. According to Hupac, it will have possible connections from Milan, Schkopau and Schwarzheide to south-east Europe (Romania, Hungary and Bulgaria) and Turkey. Hupac’s new service will provide a connection between two important intermodal terminals – KTL Kombi-Terminal Ludwigshafen and Terminal Vienna Wiencont. 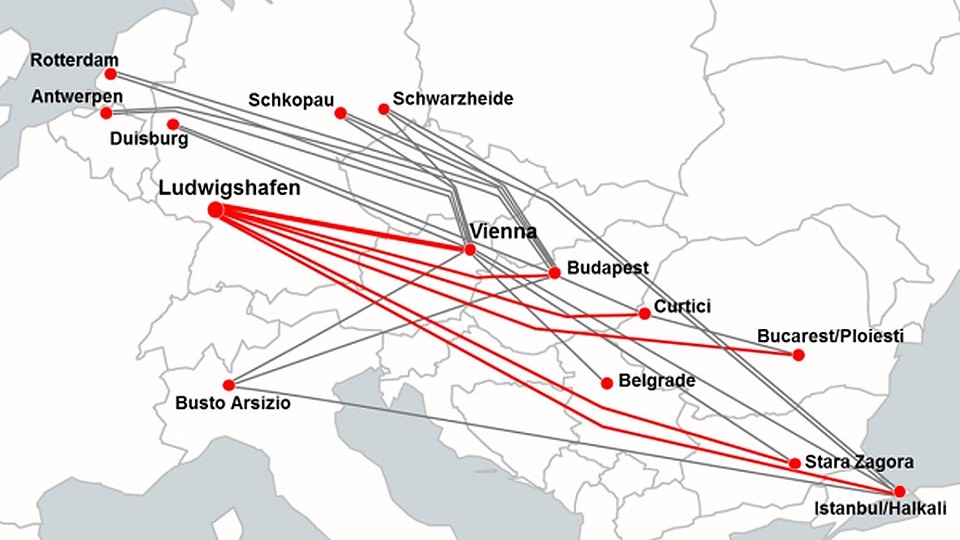 KTL Kombi-Terminal Ludwigshafen is partially owned by Hupac (15 per cent). The remaining shares are divided among BASF (40 per cent), Kombiverkehr (20 per cent), Bertschi (12,5 per cent) and Hoyer (12,5 per cent). KTL Kombi-Terminal Ludwigshafen has a storage capacity for up to 3,200 TEUs, equipped with 13 transshipment tracks and seven gantry cranes to handle up to 500,000 units per year. The terminal is well-connected with various European destinations.

While KTL Kombi-Terminal Ludwigshafen provides bimodal transshipment (road-rail), the Terminal Vienna Wiencont has the additional option of a river. By inland waterways, it is linked with Bremerhaven, Bratislava, Budapest and Constanţa. The network of rail freight services links the facility with its counterparts in Austria, Germany, the Netherlands, Belgium and Turkey. The Terminal Vienna Wiencont has a storage capacity for up to 10,000 TEUs and handles more than 400,000 TEUs per year.