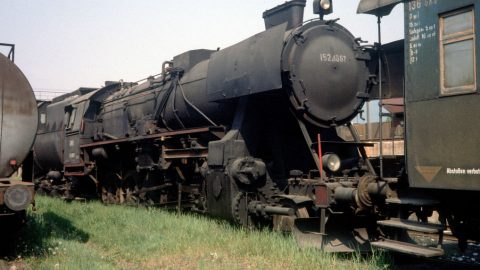 Almost a quarter of all rolling stock orders in Europe between 2015-2017 were privately financed. The 23 per cent share shows an increase compared to the 13 per cent in the period 2011-2013, and 20 per cent in the years 2013-2015. Private financing will be an increasingly important source of finance for rolling stock orders in 2021- 2023, potentially covering up to 31 per cent of spending by volume. This was concluded by research firm Roland Berger and Rail Working Group.

The two parties published a new study revealing the public-private funding split for rolling stock procurement in Europe this week. The study analyses 590 rolling stock procurement projects in the years 2015 to 2017 in 23 countries across Europe, when annual average order volume rose to 14.95 billion Euros. During this period, 11.5 billion Euros was financed directly or indirectly by governments or state-owned agencies. The remaining 3.4 billion Euros was provided by private financiers.

The figures are indicative of the slow but developing trend towards rail market liberalisation. They reaffirm the clear correlation between the deregulation of rail markets and private financing: the more markets are opened up, the greater the role private capital will play in financing new railway equipment.

The share is growing, but it is not growing fast enough, believe industry insiders. According to the report, they echo a continuing reluctance in the private sector to invest in rail equipment, combined with reticence by governments and public sector operators to shift the burden of financing procurement to the private sector. “This means that there is an urgent need to create the conditions securing existing private credit, and, attract more private finance at affordable rates”, they write.

With this they are hinting at the Luxembourg Rail Protocol, a new global treaty which will make it much easier and cheaper for the private sector to finance railway rolling stock. The Protocol is expected to come into force in early 2020. “Both the absolute level of rolling stock procurement and the share privately financed are likely to increase further with the adoption of the Luxembourg Rail Protocol”, commented Andreas Schwilling, Partner at Roland Berger, one of the authors of the report.

The Luxembourg Rail Protocol sets up a new system for the recognition, priorities and enforcement of creditor and lessor rights, which will be registered in an international registry based in Luxembourg and accessible online 24/7. The Protocol is not yet in force, but Luxembourg, Sweden and Gabon have ratified it, as has the European Union in relation to its competences. France, Germany, Italy, Mozambique, Switzerland and the UK have all signed the Protocol.

“Unlike the aviation industry, the vast majority of rolling stock procurement in Europe is either funded or underwritten by governments; this is unnecessary and places a huge burden on government finances. Currently there is limited legal protection for private creditors, especially when rolling stock crosses a border. The introduction of open access for operators across Europe, and the dramatic increase of rail traffic between Europe and Asia, makes this a critical issue going forward”, said Howard Rosen, Chairman of the Rail Working Group.

He added: “European states need to ratify the Luxembourg Rail Protocol as a matter of urgency, in order to open the way to increased and cheaper private funding and a more dynamic and competitive rail industry with all the environmental, social and economic benefits that will bring.”