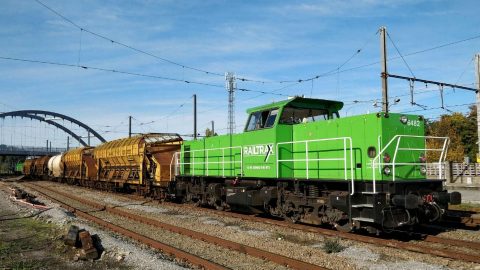 Railtraxx and SNCF-subsidiary Captrain Belgium have merged to operate as one company called Railtraxx. Beginning of April, SNCF had taken over the Belgian carrier RailTraxx. The French railway holding decided to merge it with its own freight division in Belgium. Outside of Belgium, Captrain remains active under its own name.

Pieter Vanovermeire, the current Managing Director of Railtraxx, will play the same role in the new entity. A total of 120 people work at the combined organisation, around 40 of whom worked at Captrain Belgium.

The partner it was looking for

Railtraxx and Captrain Belgium have been investigating possibilities for collaboration for some time. The main focus was on the synergy benefits on a European scale. “The integration will ensure an expansion of the service package, capacity and customer base,” said Railtraxx in a press release. “The increase in scale strengthens our position in the dynamic Belgian and European rail sector.”

According to SNCF, Railtraxx is the partner Captrain was looking for to gain a stronger position in Belgium, specifically the port of Antwerp. “The company is driven by a strong entrepreneurial mentality, shares the same goal of sustainable profitable growth and has an ambitious team of experts”, said Sylvie Charles, Railfreight Chairman of the Board and the Multimodal Business Unit at SNCF Logistics. “This will make a huge contribution to the shift to rail.”

Railtraxx was founded in 2009 and operates around a hundred national and international freight trains through Belgium, Germany and the Netherlands. The Belgian branch of SNCF’s rail freight division Captrain was established in 2000. Now, nineteen years later, the name disappears from the market in Belgium. Captrain also has an Italian, a Romanian and a German branch.