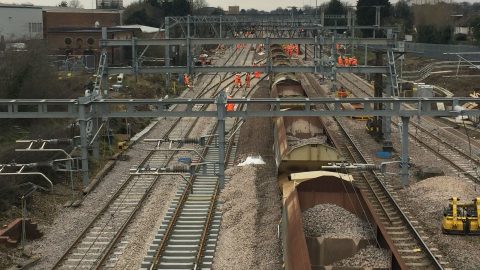 Network Rail has revealed who is to deliver the next decade of rail systems in Scotland and the south of England. The contracts include “anything needed to make the rail system work including track, points, overhead lines and signalling”. The total value of the awarded work is 5 billion pounds.

Following an extensive tender period, the Britisch infrastructure managerl has awarded the track and rail system alliances in the South to Colas Rail and AECOM, and in Scotland to Babcock Rail, Arup and Arcadis. This announcement is subject to contract terms being finalised and agreed, with procurement currently operating a standstill period.

The Central alliance bidding process continues and a preferred bidder will be announced in due course following final verification and internal approvals, the infrastructure manager noted.