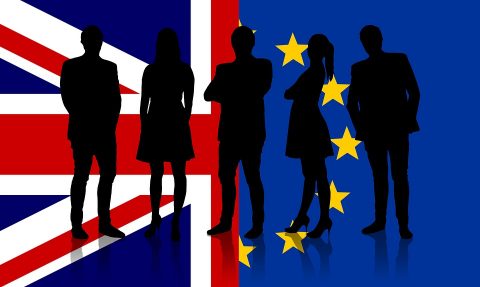 A day after the British cabinet approved a Brexit agreement, the Session Brexit conference took place in the Flemish port city of Zeebrugge. The further consequences of the divorce between the UK and the EU were the central theme. It had taken the speakers till deep in the night to provide the presentations with the latest changes, because for a little while it had seemed that it was not all that bad. Through the course of the day, the hard Brexit scenario returned as a plausible option.

Where are we now? asked Roy van Eijsden, director of WSP, a leading engineering firm. As a speaker of a session ‘scenario analysis’ he probably had the hardest task providing an updated overview. Yes, things looked a bit different after a draft agreement was approved. But what is more important is what happens on 21 January 2019, he underlined.

On this day we will know for sure whether a hard Brexit will take place. If this is announced before this date, it will be clear within two weeks after the 21st how this has to be done. If the hard Brexit is not announced, it must be decided within five days what will happen next. This date is therefore crucial, explains van Eijsden.

The hard Brexit is, also now a draft agreement has been approved by the British cabinet, still on the table. The soft-Brexit agreement must still be approved by British parliament; this will most likely happen before the end of 2018. With the departure of five ministers immediately after the cabinet had approved the agreement, there is no guarantee that it will be supported by the British government. If this is not the case, a new referendum may be held, a new agreement could be concluded, or the transition period could be extended, in addition to the hard-Brexit option. The possible outcome must then be approved again and if this does not happen, new elections will take place. “This would be very bad. Who should you vote for? This would be disastrous for the country”, said the WSP director.

The hard Brexit is the most feared option. Although some may argue for it, the consequences are great, as various speakers emphasise. “Important to realise is that, in case of a hard Brexit, the transition period will be cancelled. This transition period only applies when an agreement is adopted”, says Griet Mahieu, economist and attaché FPS Finance in Belgium. Thus, in case of a hard Brexit, all customs formalities applicable to a third country would enter into force from 29 March. This has far-reaching consequences, explains van Eijsden once again.

According to the economist, Ireland would be particularly affected; the Netherlands ranks second and Belgium fourth. Analyses assume a decrease in GDP of 3.4 per cent in Ireland and around 1 per cnt in the Netherlands and Belgium, compared to the status quo. The effect in the UK itself depends on who performs the analysis: there are studies that assume a loss of 10 per cent, but also an increase of 4 per cent is forecast, explains van Eijsden.

The effect of the Brexit differs strongly per country, but also per port. Where the major ports will be hit anyway, small ports can actually benefit because cargo flows are likely to become more diverse in destination, says van Eijsden.

The port authority of Zeebrugge, where Sessie Brexit took place, is optimistic. The Belgian port realises seventy scheduled services per week to various regions in the UK and Ireland. Thanks to the geographical location, freight traffic between the countries is a historical fact, which will continue to exist regardless of the outcome of the negotiations, says Joachim Coens, CEO of the port. “Even after Brexit, products in the UK will continue to be in demand.”

“The volumes fell immediately after the Brexit was announced, but then increased again. Zeebrugge is still growing in terms of trade with the UK, despite its decision to leave the EU.” The Port Authority takes into account reduced purchasing power in the UK, but this is being anticipated, explains the CEO. Moreover, the port is fully engaged in the preparations for a ‘worst case scenario’: “There is contingency planning in order to guarantee the accessibility of the port and to avoid congestion.”

Apart from the scenario, the effect of the Brexit also strongly depends on the sector. For example, there are sectors where growth is expected, says van Eijsden. The cruise industry is expected to rise regardless of the scenario, the British agricultural sector can expect a boost in the event of a hard Brexit. The metal sector can count on growth in case of a trade agreement, explains the WSP official.

In order to limit the negative impact of the Brexit as much as possible, every link in the logistics chain must be Brexit-proof, says Coens. Although the ports and government agencies are generally proactive in preparing for a worst-case scenario, the business community could do more, various speakers agree.

“There are still a lot of companies that have no clue as to how the Brexit may impact their volumes,” says Mahieu. According to her, companies must investigate the consequences on their supplying, sales, certificates of origin and delivery times. There are tariff barriers, affected by the likelihood of a trade agreement; if this does not come about there will be import duties. “These are on average 5.2 per cent of the value of a product.” If there is an agreement, origin regulationwill play a role, she explains.

In addition to tariff barriers, there are also so-called non-tariff barriers. “Think of quotas, licenses, product requirements, documentary requirements, etc.”, Mahieu recalls. “Formatting or having documents prepared takes time and resources. Moreover, it requires knowledge of customs matters, which companies may have to invest in. All of this has an impact on the entire supply chain.”

According to Peter Stolk of P&O Ferries, it is mainly the small freight forwarder who lacks knowledge. Stef Amling of nControl adds: “Some companies have no clue how their logistics chain works. For example, a car has more than 20 thousand parts. It is necessary to determine for each component whether it comes from the UK, to determine whether import duties have to be paid.”