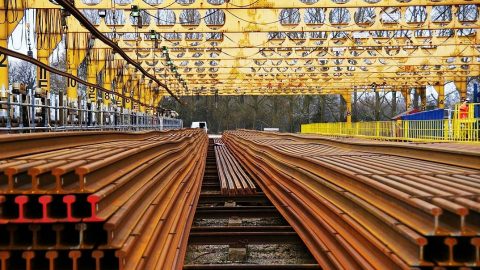 Network Rail has extended its contract with rail supplier British Steel for two years. The extension is worth 100 million British pounds (112.9 million Euros) a year and will include the supply of about 200 thousand tonnes, or 4 thousand kilometre of rail.

The contract will run from March 2019 to March 2021, and follows the previous contract signed in 2014. British Steel already supplies about 95 per cent of UK’s railway network. It is one of the biggest suppliers with its materials used in major projects such as the Borders Railway in Scotland.

In April this year, British Steel began building a facility at its Scunthorpe, North Lincolnshire site to be able to deliver a more sustainable railway. Network Rail uses specially coated rails in areas where corrosion can cause problems, including along coasts, in wet tunnels and on level crossings.

Rob Morton, supply chain operations director, Route Services, Network Rail, said: “We are proud to extend our historic relationship with British Steel for a further two years. It is pleasing to see two British organisations trading for mutual benefit and for the benefit of the wider British economy.”

Ron Deelen, chief marketing officer of British Steel, said: “Together we have helped find solutions to the challenges they face, enabling us to develop and install new products which reduce the need for costly and time-consuming maintenance and replacement works.