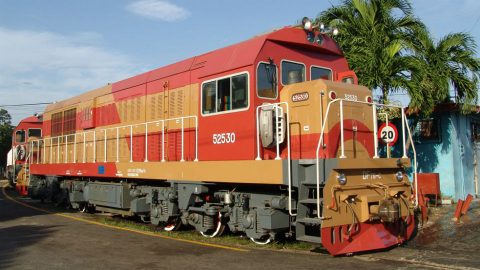 The first project will be done by the French state, which will invest 30 million Euros to develop a new railway track. In addition, the Cuban ministry of economy has signed an agreement with the Russian government to upgrade the national railway network from 2020 to 2030.

Rail is the main mode of land transport on the island, where trucks and cars are extremely outdated due to the American blockade since the 1960s. Cuba has 11,500 kilometres of railway track, of which 4,500 are handled by the national railway company UFC and another 7,000 kilometres by several manufacturing companies owned by the state.

Cuba is one of the Latin American countries with a more developed railway industry, having been pioneer in building its network in the 19th century, when it was still a Spanish colony. The Spanish textile and sugar manufacturers and cane growers have bet on an effective railway infrastructure to propel exports to the US, the UK and Spain. However, the socialist collapse in the 1990s stalled new projects and the government did not want foreign investment.

The tide has changed since Fidel Castro’s death, founder of the Cuban socialist state. His brother and successor Raúl Castro have tried to modernise the country, following a similar trend in China and Vietnam.