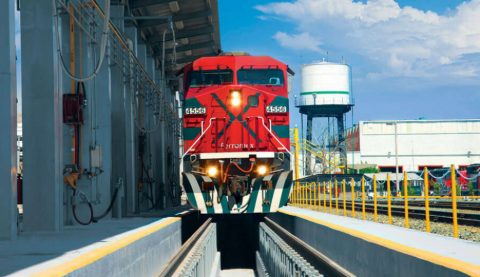 The Mexican rail freight company GMXT witnessed an increase of income by 27 per cent in the first half of this year. The publicly traded company had a total income of 21.6 billion Mexican Pesos (981.6 million Euros) in H1 2018.

The increase in the automotive division was due to car exports to the US, while the energy division was boosted due to diesel, petrol, gas and coal imports from the US after the liberalisation of the Mexican energy industry, GMXT reported to the Mexican Stock Exchange (BMV). The Mexican firm expects to complete its new oil warehouses in Q4 2018. “One of our main objectives is having a 65 per cent market share in the Mexican petrol logistics market and a 70 per cent share of jet oil”, GMXT noted.

Finally, the rating agency S&P Global ratings kept GMXT´S risk rating at mxAAA because the company has cut its debt level and its revenue growth has a positive outlook.