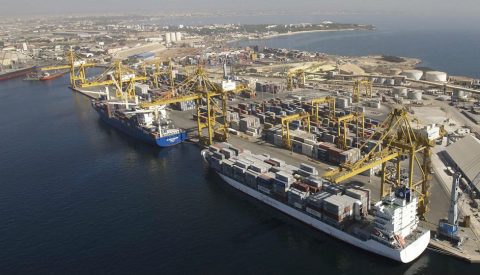 The Dubai-based logistics operator Dubai Ports (DP) World is planning to build a rail freight station in Bamako, Mali. This is a first step in developing Mali Logistics Hub, a logistics park close to Bamako and to the rail corridor linking this city with Dakar, the capital of Senegal.

“The Mali Logistics Hub is much needed and will provide the country with a logistics platform that aims to facilitate the import and export of goods via the Port of Dakar, which is operated by DP World,” the chairman of DP World, Sultan bin Sulayem, noted. The company has also said to donate three locomotives to the national railway company of Mali. These can be used for freight and passenger services between Mali and Senegal, one of the economic engines in West Africa.

Mali Logistics Hub will have a capacity for 300,000 TEUs and 4 million tonnes of general cargo, covering an acreage of 1,000 hectares. DP World noted that the new logistics centre will be completed in 2019. The investment totals 43.3 million Euros. “DP World’s investment will significantly cut processing times for goods and thus facilitate trade”, bin Sulayem said.

DP World already owns logistics centres in African territories such as Somaliland, Djibouti, Senegal, Mozambique and Algeria. It is currently constructing new facilities in Congo and Egypt. The sea shipping lines through the Suez Canal are among its priorities to strengthen the connections between the Arabian Gulf and the EU.