The railway network of the Midlands could carry 22 billion British pounds (24.7 billion Euros) worth of goods every year if the current infrastructure is upgraded. This was concluded in a report of Midlands Connect called Our Routes to Growth.

UK Secretary of State for Transport Chris Grayling and transport body Midlands Connect announced the launch of Midland Hub on 9 July. It entails a stategy to enhance the capacity of the railway network of the central region in the UK. The aims is to create six million extra journeys while also improving the speed of east-west travel for freight and passengers.

“Our Midlands Rail Hub plans will transform freight as well as passenger services”, said Midlands Connect on Twitter. “Railway capacity must meet the demand of freight. Four of the UK’s five main freight routes pass through the Midlands. The Rail Hub would create space for an extra 36 freight paths a day, carrying 22 billion British pounds (24.7 billion Euros) worth of goods every year”, the report reads. The strategy would shift an equivalent of 4,300 lorries a day from the roads.

In order to deliver these promises a programme of capacity enhancing measures must be carried out. These enhancements include longer and restored platforms, improved junctions and signalling, and some minor electrification, which would need to be completed by 2026 to allow some new services to run in time for the arrival of HS2 Phase 1 in 2026. 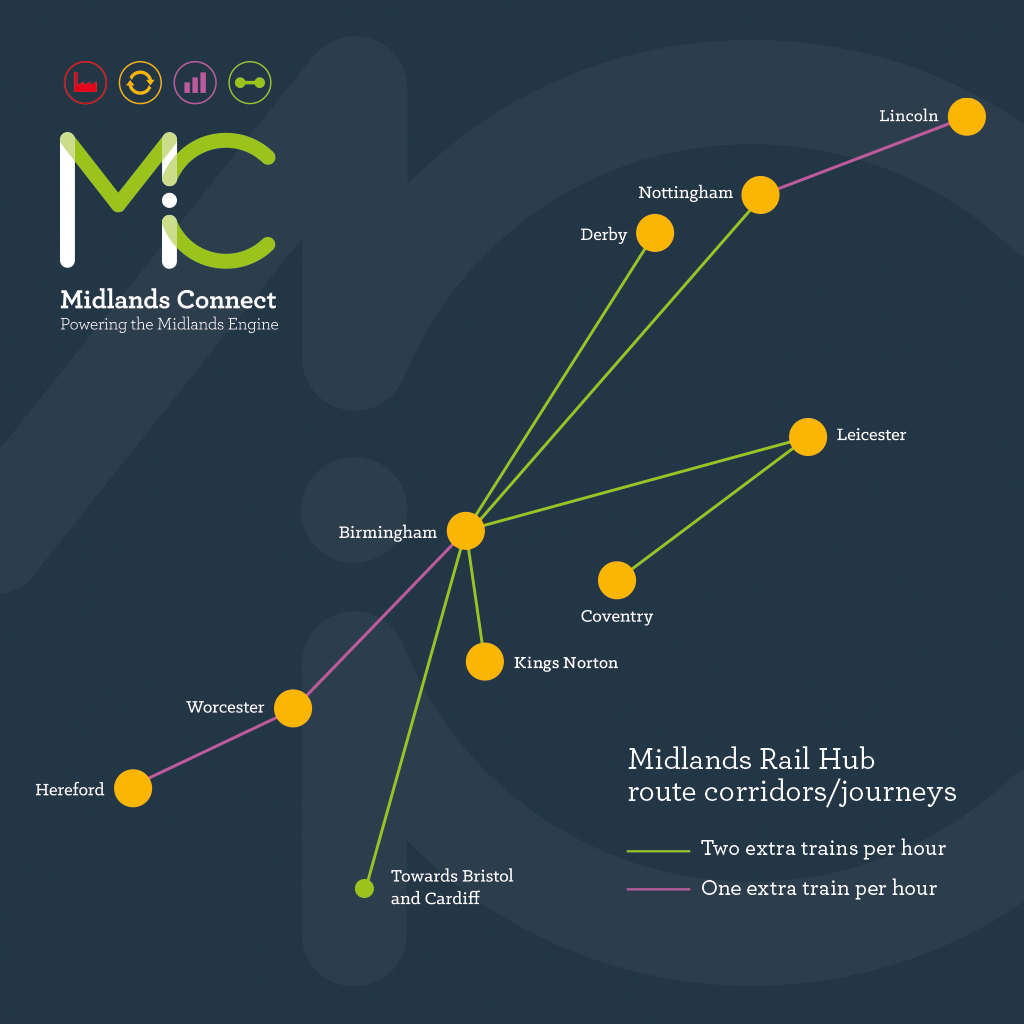