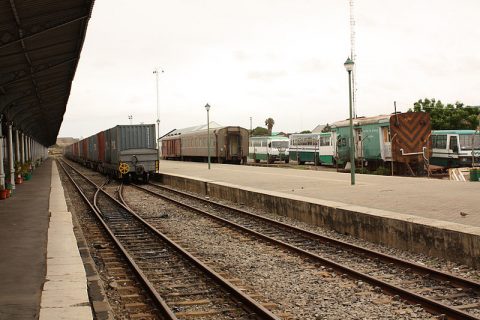 Freight volumes transported on the northern railway corridor of Mozambique totalled 100 thousand tonnes in the first quarter of 2018, around forty per cent more than what was initially expected. The corridor links the Mozambican Port of Nacala with Malawi and Zambia and is operated by the Northern Development Corridor (CDN).

The positive results are due to a combination of factors. First, freight transport has become considerably cheaper. The charge per tonne on the section from Nacala to Lichinga became 30.5 Euros, a fourteen per cent reduction compared to previous prices. At the same time, the railway tracks have been in good condition.

The growth can also be seen as a direct result of high export volumes from Zambia and Mozambique, especially when it comes to fertilisers and cement. Raw cashew nuts also played an important role in the export from the Port of Nacala, being sent by ship to India and Vietnam.

CDN expects a further increase in import and export volumes through the Mozambican port and hence wants to extend its railway services, in order to keep the cargo from the road. It is expecting similar performance in the second quarter of this year.

Nacala is the best performing natural port on the Eastern African coast, having good shipping connections with Madagascar and the Asian countries. At the same time, it is a key logistics hub for countries in the region such as Zimbabwe, Malawi, Swaziland and Zambia. This privilege encouraged the opening of several cashew processing plants and cement and fertiliser factories by Mozambican, South African, Chinese and Indian investors.