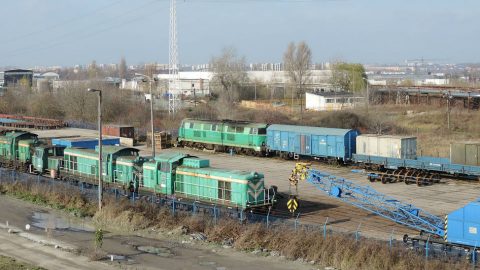 Polish State Railways PKP SA, the dominant railway operator in Poland, will take over PKP PLK, the infrastructure manager of railway in Poland to establish PKP Holding. Lobby organisations ERFA and ALLRAIL expressed their concern over the new holding company, as it indicates more centralised control, which may interfere with the implementation of the Fourth Railway Package.

PKP SA has said that the establishment of PKP Holding would not interfere with the implementation of the Fourth Railway Package, as reported in Polish media. The acquisition was evaluated by the European Court of Justice, after several parties had expressed their concern over the neutrality of the holding. In the end, the Court ruled that the holding structure does not conflict with the law, and it not an obstacle to the introduction of the Fourth railway package, PKP President Krzysztof Wacław Mamiński was quoted as saying in the Polish transport publication Rynek Kolejowy.

“This is an acceptable organisational structure for railway undertakings. We cannot influence the timetable and set the rates. This, of course, we always guarantee, it works that way today. However, in all other areas, we will interact as part of a holding company”, the president said.

In a joint statement, lobby organisations ERFA and ALLRAIL expressed their concern over the establishment of PKP Holding. “Any move to even more centralised control will turn the clock backwards. Closer integration carries the major risk of protectionism – soft instruments can be applied, such as adjustments to the track access charge system (to price incumbents’ competitors out of the market) and unequal access to terminals or train paths.

“The Fourth Railway Package should be seen as an opportunity to develop a vibrant and growing rail system – rail liberalisation needs a proper chance. Poland still has no competitive tendering and no through ticketing – all features that have made rail liberalisation a success elsewhere. Competitive freight offerings should be embraced rather than merely tolerated. By contrast, the new plans risk strengthening PKP’s dominance in freight and passenger rail. Devolved expertise and private investment in specialist activities become viewed as a nuisance”, the lobby organisations concluded.

“We do not stand in the way of the Fourth Railway Package”, reassured Mamiński. He explained that PKP SA is currently preparing documents outlining the planned structure of the holding, which also invited other companies to join. Within three months, this documentation will be reviewed and further activities will be scheduled.