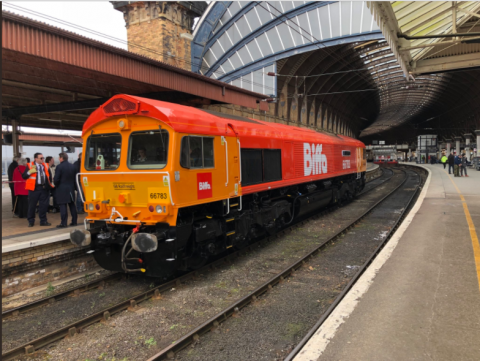 GB Railfreight to carry waste to Manchester and Leeds

Biffa, a UK-based integrated waste management company, has signed a strategic partnership with GB Railfreight to expand its rail hub network for the transportation of inactive waste. Biffa recently opened a transfer station in Manchester with a similar site in Leeds to follow in the near future.

With a declining landfill capacity in the country, wastes which are non-combustible and non-recyclable must sometimes find a final home furhter away from its origins. As such, Biffa has expanded its operations northwards.  “In some regions rail transportation provides an economically viable means of facilitating the movement of waste”, the company explained.

“The partnership with GBR will initially focus on connecting the northern cities of Manchester and Leeds with Biffa’s landfill facility in Roxby, near Scunthorpe. When fully operational these two strategic rail links alone are expected to facilitate the transportation of around 250,000 tonnes of inactive waste annually, the equivalent of approximately 16,000 truck journeys”.

“While levels of recycling have improved substantially, landfill continues to play a fundamental and long-term role in the waste hierarchy to deal with those wastes which are non-combustible and non-recyclable”, the company explained. “There is no alternative form of disposal for such waste, yet current landfill capacity is rapidly diminishing.”

The locomotive responsible for carrying the waste has been dubbed the Flying Dustman, and was revealed in a ceremony at York station on 28 March. Painted in red and marked with the brandname of the waste management company, it reflects the dedicated mission of the journey. Biffa has said to closely examine other regions of the UK where rail might provide similar advantages.