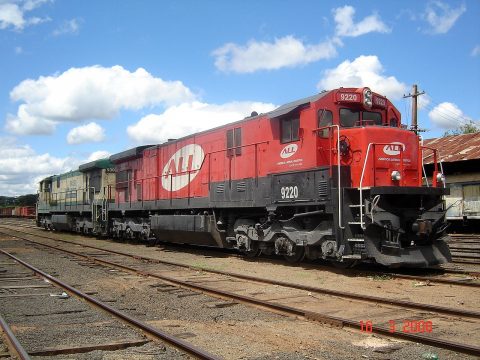 Brazil´s rail freight volumes have increased by 6.9 per cent to 538.8 million tonnes in 2017, compared with the previous year, the Brazilian government revealed. The handled tonnes per kilometre increased by 10 perc cent. These figures represent the best results in the last twelve years.

Iron accounted for 77 per cent of the total cargo handled, having increased by 4.7 per cent to 416.4 million tonnes  last year. There are twelve private rail freight companies in Brazil. Ferrocaril Carajas, which transports iron from the states of Para and Maranhão to the Port of Itaqui, increased its volumes by 14.1 per cent, looking at te tonnes per kilometer.

Not all rail companies witnessed an increase, however. Rumo Logistica, which carries freight from the state of São Paulo to the Port of Santos, saw a decline of its tonnes per kilometer by 24.4 per cent. The president of the Brazil’s Railway Industry Association Abifer, Vicente Abate, noted that he would like to see a renewal of the concession contract signed with the company in April.