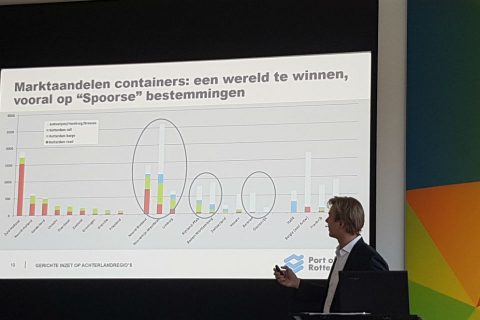 The Port of Rotterdam could increase its market share in certain regions in south-west Germany by up to 23 per cent if additional rail connections are created. This is one of the outcomes of the market study “HiRo – Market Potential for Container Transports from the South-West German Hinterland.

The study was conducted jointly by the Darmstadt Technical University, the Port of Rotterdam Authority and Contargo. Reliable connections to the hinterland are increasingly becoming a central factor in the competition of West-European ports, it concluded.

The Port of Rotterdam competes directly with the Port of Hamburg and the Port of Antwerpen, and the availability of railway connections to the hinterland can make the difference in the selection of ports for forwarders and hauliers. Especially forwarders consider the hinterland connections an important factor, and it is this group that is more likely to opt for a western port, while hauliers are more likely to ship cargo through a German port, the report read.

Matthijs van Doorn, Director Logistics at the Port of Rotterdam also emphasised the importance of improving railway connections to South-West Germany at a seminar held at the Dutch Railforum in Amersfoort last week. “There are still many markets to win, especially within the European hinterland”, he said.

According to van Doorn, potential markets are especially those destinations that are situated within a 40-50 kilometer radius from the Rhine, such as Northrhine-Westfalia, Rhineland-Palatinate, Baden-Württemberg and to some extent also Hesse and Bavaria. “The gravity of the hinterland flow of goods lies in the Netherlands and Germany. Netherlands represents a 43 per cent market share and Germany a share of 33 per cent. 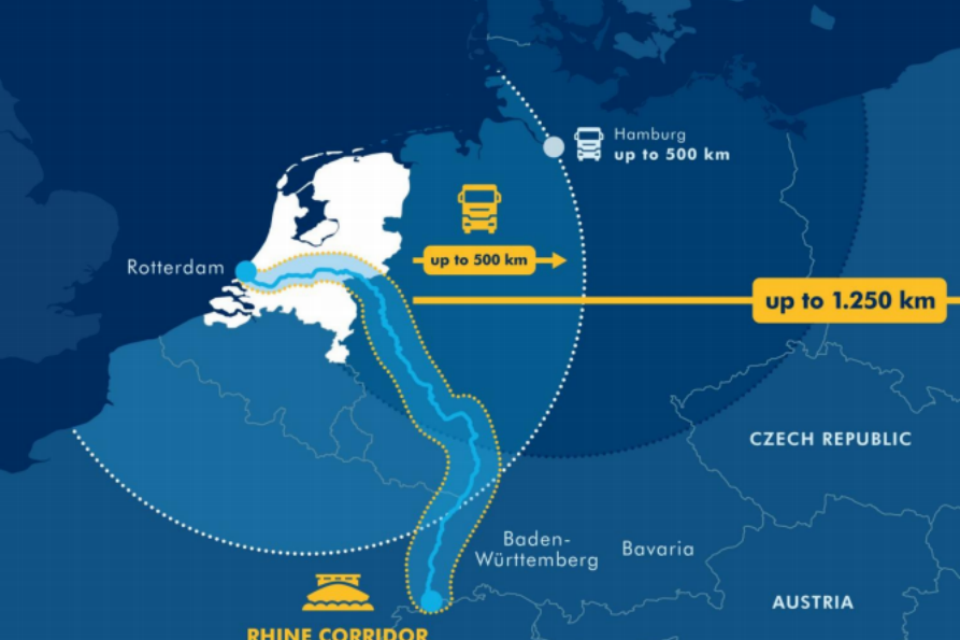 “Sea freight is constantly shifting; a shipper can shift to another port from one day to another. Freight transport via rail is more sustainable, and that is how we want to grow”, he continued. He made these remarks explaining that the volumes transported by rail had declined last year, despite a surge in overall freight handled by the Port of Rotterdam. “This is worrysome”, he said.

The HiRo-study was based on a survey of 30 hauliers, shippers and forwarders in the regions and looked closely at their selection behaviour for ports and transport modalities. There was also a simulation model to investigate the current market shares, as well as the theoretical and actual market potential.

When considering the extended decision-taking logic in the simulation, in order to determine the actual market potential, the modal split shifted towards inland shipping and rail. Based on the assumptions made and the scenarios selected, the market share for Rotterdam in certain regions could be increased by up to 23 per cent. These outcomes thus require the evaluation of creating additional rail connections, the Port of Rotterdam concluded.