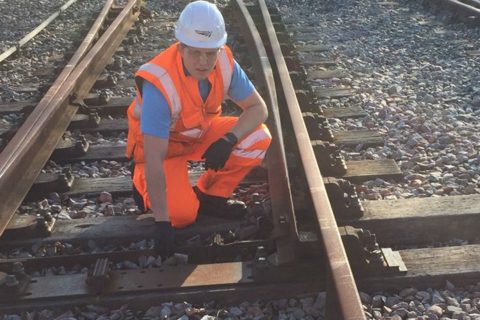 In the UK, an international freight forwarding apprenticeship is currently being developed. Moreover, the British infrastructure manager Network Rail announced it is seeking to recruit seven engineers of the future from Wales and Borders to join its apprentice scheme from September this year. If you are in the UK and looking for a career in the rail freight sector, good opportunities are ahead.

The British International Freight Association (BIFA) has been supporting a trailblazer group of employers from the freight and logistics sector, which was given the green light by the UK Department for Education to develop a standard for a specific International Freight Forwarding Specialist apprenticeship.
Although final approval for the course assessment plan is awaited from the Institute for Apprenticeships (IfA), the standard for the scheme has been approved. When the former has been approved, the apprenticeship will be available for delivery.

Set at Level 3 (A Level) with a minimum duration of eightteen months, the new apprenticeship will provide students with core knowledge and skills including; industry awareness, customs procedures and commercial.
At the beginning of the programme, apprentices will also be given one of three pathways; air freight, ocean freight or road freight, to reflect the focus of BIFA members’ operations. Whichever pathway apprentices take, specific knowledge and skills will be acquired in addition to the three mandatory modules.

Carl Hobbis, BIFA’s training development manager, says: “The new apprenticeship landscape can be a minefield and our members have asked for advice on how to start the process, from planning to recruitment and even attending local careers fairs. “We have listened to their comments and have now begun working on some exciting new ideas to support BIFA Members and promote the new freight forwarding apprenticeship and the logistics industry as a whole.

Meanwhile, Network Rail is looking to expand its 20,000-strong team of front line engineers and technicians who fix and maintain Britain’s rail infrastructure with newcomers eager to learn. Places are available in Hereford, Llandrindod and Machynlleth for the three-year Advanced Engineering Apprenticeship Scheme, “They will have the opportunity to ‘earn while they learn’, gaining valuable work experience, transferable skills and recognised qualifications along the way”, the infrastructure manager said.

The scheme has been running since 2005, with a total of 2,000 engineers completing the scheme, and is open to anyone who will be aged 18 on or before 29 September 2018, with no upper age limit. Andy Thomas, route managing director for Network Rail in Wales and Borders said: “We are committed to attracting new people to the railway and to developing their potential. Our advanced apprenticeship scheme is the ideal platform for this. The 1600 people working for Wales and Borders are our greatest asset and central to delivering a safe and reliable railway for our customers and stakeholders every day.”

Those interested must be fast, as the deadline for applications is Monday 12 March. If accepted, a new journey will start in September. The first 21 weeks of the scheme are spent living and learning at Network Rail’s state of the art training centre in the Midlands. Apprentices then spend the rest of the scheme working from a depot close to home, specialising in disciplines such as electrification, signalling, telecoms and track.

“Apprentices are guaranteed a job upon completion of the three-year course and more than four in five of those who started on the scheme a decade ago are still working for Network Rail today. The scheme also has a far higher retention rate than the national average for engineering: 75 per cent of those that complete the scheme choose to go into employment with Network Rail, compared to the national average for engineering of 55 per cent.”