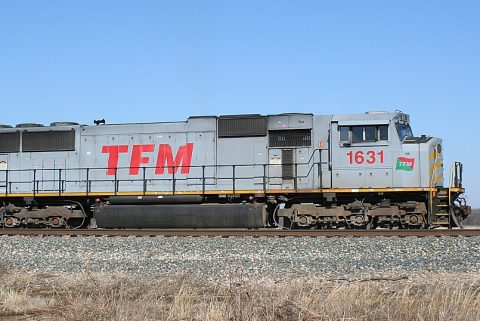 A ongoing blockade of rail tracks in Mexico’s Michoacan State is being coordinated by the Mexican Trade Union of Teachers (CNTE).

This rail infrastructure is essential for supplying, via the port of Lazaro Cardenas, steel mills in Michoacan and General Motors´ automotive factory in the State of Mexico. The teachers have been claiming for delays in the payments of salaries for the last three weeks. However, the Mexican federal and Michoacan regional governments each claim the other is responsible for teachers’ wages and so are not negotiating with the CNTE.

This trade union is one of the strongest in Mexico due to the support of the PRI, the governing political party for over 60 years since the Mexican Revolution between 1910 and 1920). Almost every year it organises strikes and protests to try and improve teachers’ working conditions. This strike however is especially severe due to the government´s inaction. Consequently, many business associations are seeking a quick solution to avoid the temporary halting of hundreds of factories across the whole of Mexico.

Eduardo Solis, President of the Mexican Association of Automotive Industry (Amia), Eduardo Solis, said: “Many factories and suppliers will have to stop their activities due to their supply chain breakdowns and we may stop exporting cars to the US and Canada.”

These incidents are taking place as Mexico’s President, Enrique Peña Nieto, is negotiating the renewal of the North American Free Trade Agreement (NAFTA) with the US government, of which automotive industry clauses form some of the key discussion points.