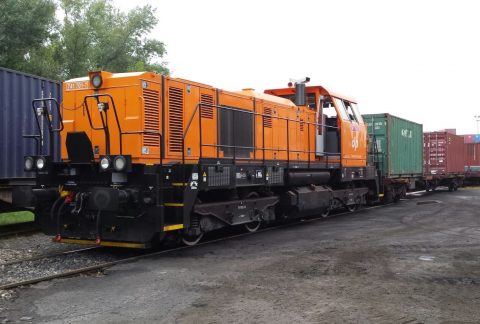 One loco will be used in its logistics centre and the other one in Ravenna port. Built by the Czech firm CzLoko, the locomotives have a power of 1,000 kW, a force capacity of 222 kN and are capable of pulling 2,000-tonne trains.

Dinnazano Po is largely owned by Passenger Transport Emilio-Romagna (TPER SpA), which has a 95.5 per cent shareholding. The remainder is made up Reggio Emilia´s Transport Consortium (ACT Reggio Emilia), 1.5 per cent), the Authority of Ravenna Port, and Sapir Intermodal Ravenna Port, each with a 1.5 per cent shareholding. It is playing a key role in the increase of rail freight activity in Ravenna port, which managed 7,200 trains in 2016, twice as many than 2013.