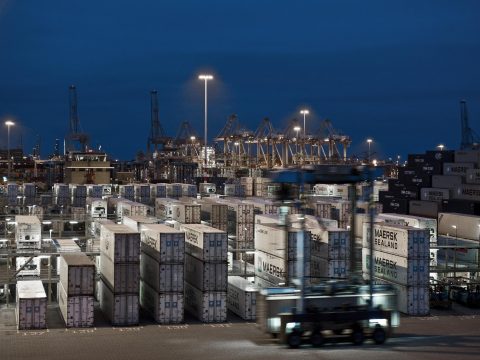 Marin Port Authority has contracted to MC Valvanera to design the renovation of the railway track between Redondela and Arcade, two key towns close to the Spanish north-west coast port.

The authority wants to strengthen a metal bridge between both towns that will be used by 750-metre long trains. A budget of 2.5 million Euros is being provided by the port, while ADIF, the Spanish National Company for Rail Network Maintenance, will fund the rest of the project. This will cover overall ownership and future maintenance works.

Marin Port is located in the region of Galicia and it is a traditional logistics hub for fresh and frozen fish, one of the main industries in that area. It is 30 kilometres north of Vigo Port, the main city of the region. Vigo is the industrial engine for Galicia and the northern Portuguese bordering towns, forming a key economic axis with Oporto, the main manufacturing centre in Northern Portugal. Vigo has important automotive factories, such as PSA Peugeot-Citroen, which uses shipping sea services to move its completed cars to Portugal, France and UK.

Marin Port is also competing with Vigo One to attract manufacturing cargo traffic, so it is essential that it has competitive rail freight connections. One key element has been shipping giant Maersk’s part-outsourcing of its container activity from Vigo to Marin. Marin handled two million tonnes in 2016, the authority says.