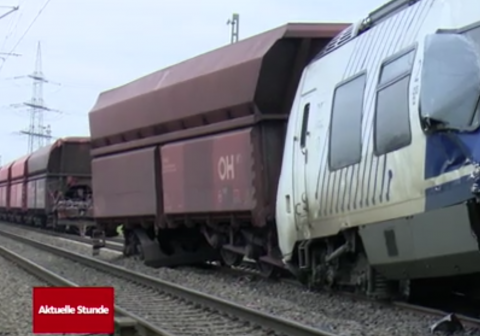 German investigators are still trying to establish the cause of last week’s collision between a passenger train and a stationery freight train which left several people badly injured.

The incident occurred on December 4 close to Meerbusch-Osterath station, near Dusseldorf in North-Rhine Westphalia. It involved a DB Cargo freight train and a National Express passenger service with more than 170 people on board. Meerbusch Fire Department said 33 people had been injured, seven badly and one seriously.

Images from the scene show the passenger train sustained moderate damage, while several of the freight train’s wagons left the track and overturned. No official information has yet been issued on what may have caused the incident, although there is speculation in the German media that the passenger train was on that track at the wrong time because of an error by rail traffic controllers.