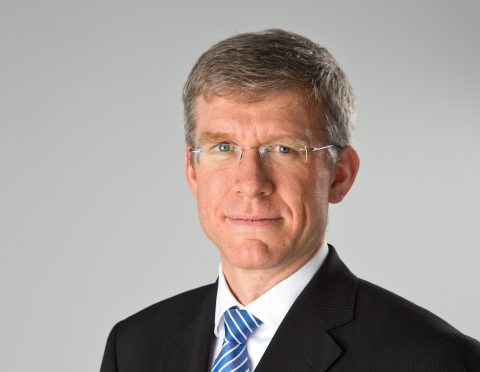 Dr Roland Bosch became the new CEO of DB Cargo on December 1. Bosch, 46, who was a board member of rail infrastructure manager DB Netz, has succeeded Dr Jürgen Wilder, who left the role in October.

Bosch will be responsible for around 30,000 employees across 16 European countries. As Board Member for Production at DB Netz since 2013, he was responsible for ensuring the safe transit of 40,000 trains every day across Germany. In recent years he has been also focused on managing the implementation of largest modernisation programme in Deutsche Bahn’s history.

Berthold Huber, Board Member for Passenger Transport, Freight Transport and Logistics at Deutsche Bahn, said: “With his international background and deep knowledge of the interfaces and interdependencies between infrastructure and rail operations, he is the ideal choice. His knowledge offers an outstanding basis for making lasting improvements to quality and reliability at DB Cargo, and he will also be focussing in particular on establishing a healthy economic foundation for the company.”

Bosch studied physics at Oxford and business in Tübingen, where he received his doctorate in 2000. He began his career at the Boston Consulting Group in 1997, and in 2002 joined DaimlerChrysler in Stuttgart as Head of Strategy. He then transferred to Bejing in 2005 to become CFO for Northeast Asia, before being appointed CFO of DB Netz in October 2010.