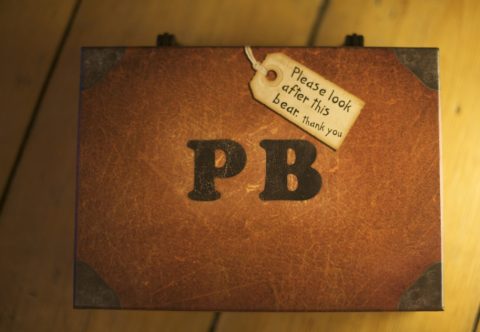 The newly-released Paddington 2 movie has been produced with more than a helping hand from Britain’s biggest rail cargo firm, DB Cargo UK. It helped plan and conduct the train movements needed for action-packed chase scenes involving Paddington Bear and friends, featuring the voices of stars like Hugh Grant and Hugh Bonneville.

Richard Corser, Account Manager Charters and Resource Hire at DB Cargo UK, said:  “Back in December 2016 we made arrangements with Paddington Station to do the filming and worked with the A1 Steam Locomotive Trust to get the Tornado there along with our Class 66 and FYA wagons. It was very challenging but a very exciting project to be part of and proof that staff at DB Cargo UK can really put their hands to anything.

“Drivers from our Acton depot and our steam crew were involved in the filming and were excellent throughout – thanks to all involved DB Cargo UK has a well-deserved credit at the end of the film. It has been wonderful to be part of this project and I can’t wait to go see Paddington Bear in action on our service!”